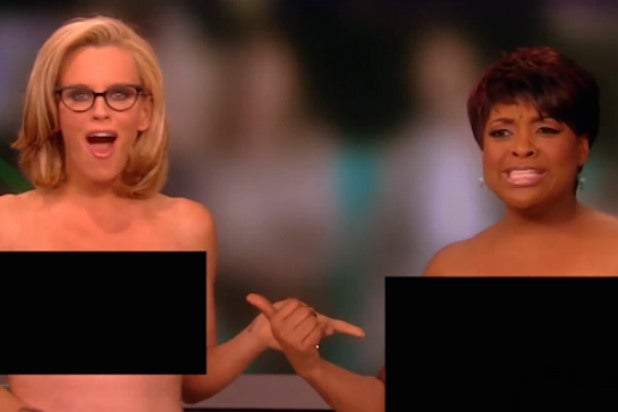 Sherri Shepherd left “The View” after declining ABC’s final offer in contract negotiations, but the network decided not to pursue another season with Jenny McCarthy, an individual familiar with the situation told TheWrap.

Two sources say Shepherd was in negotiations to return to the show, but decided not to accept the network’s terms. After Shepherd announced her exit Thursday, McCarthy intimated on Twitter that she was quitting in solidarity. In fact, ABC had already opted not to renew her contract for another season, one of the people told TheWrap. The other source said that person was in the best position to know.

“The View” is on a break until July 7, but both panelists are expected to be at the table when that episode airs — and to stay with the show through the remainder of the season, which ends in early August. “The View” will return Sept. 15 with only Whoopi Goldberg remaining, and she leading the panel.

Representatives for the two women did not immediately respond to TheWrap’s requests for comment Friday.

Barbara Walters, who just retired from the show, is not expected to return to smooth the transition. She will occasionally appear, as she did on Friday’s episode, which was taped Wednesday. The Friday appearance was to promote her “20/20” interview with the father of the UC Santa Barbara shooter.

Shepherd and McCarthy’s exit — coupled with Walters’ retirement last month — has spurred speculation that longtime executive producer Bill Geddie may depart as well. But the sources told TheWrap that he is expected to remain for at least one more season.

“The View” dismantling began with Shepherd’s announcement Thursday that she would move on. McCarthy piggybacked on the news by saying on Twitter, “If Sherri goes… I go too. #sisters.”

That was accurate, apparently, except for the “if.” ABC opting not to renew her contract meant she was gone with or without Shepherd.