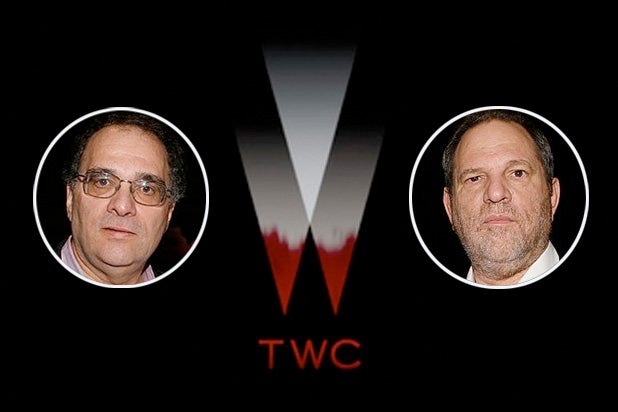 When the embattled Weinstein Company caved to the inevitable on Monday and filed for bankruptcy protection, it was the culmination of one of the most ignominious corporate implosions in Hollywood history.

Lantern Capital swooped in with a $310 million offer to buy virtually all of the studio’s remaining assets in a so-called stalking horse bid that gives the Dallas-based investment company an inside track on acquiring the studio at auction. If a higher bidder eventually emerges, stalking-horse bidders are reimbursed for their investment and often receive significant breakup fees.

On Tuesday, U.S. Bankruptcy Court Judge Mary Walrath in Delaware approved Lantern’s plans to put up as much as $25 million in interim financing, with $7.5 million available right away to keep the company operational until a sale is complete.

Here’s a quick primer on how the bankruptcy went down — and what to expect in the near future.

Just how bad was it at the end?

By the time TWC filed in U.S. Bankruptcy Court in Delaware on Monday, the company had less than $500,000 in cash — not enough to meet the overhead on its 85 remaining full-time employees and 12 independent contractors. In court documents, the company estimated that its total overhead for last year — including salaries and rent on its offices in New York and L.A. — was $41.2 million.

Robert Del Genio, a senior managing director of FTI Consulting named as TWC’s chief restructuring officer, paints a dire picture in a court filing of how the company’s business prospects evaporated after the accusations of sexual misconduct by co-founder Harvey Weinstein first emerged last October. And how the company’s problems grew.

“To date, more than 80 women have stepped forward to accuse Harvey Weinstein — a man whose name is eponymous with TWC — of sexual harassment, assault or rape,” he wrote. “Many contractual counterparties refused to continue normal business dealings with TWC, and many publicly announced their decision to sever ties.”

“Even longstanding business partners have refused to return the Company’s phone calls,” he wrote, adding that average weekly receipts dropped from $2 million at the end of last September, pre-scandal, to just $150,000 last week.

The company was so strapped for cash, he added, that the board last November halted the law firm Debevoise’s independent investigation into accusations against Harvey Weinstein — “less than one month after it started, as limited available liquidity had to be directed to payroll and other crucial operational expenses.”

In addition, the company began to sell off film projects to try to replenish its coffers. They included the already-shot Robert De Niro comedy “The War With Grandpa” ($2.5 million); the still-in-development reboot “Six Billion Dollar Man” ($7.2 million); and “Paddington 2” ($13 million went to TWC, with another $15.8 million to producer Studiocanal).

What unreleased films does the company still have?

“Polaroid,” a low-budget horror film from co-founder Bob Weinstein’s Dimension Films genre division, is also listed as an asset but it does not appear to have been released theatrically — nor is it listed as an “unreleased picture.”

The company has a library of 277 features films, though some have been used as collateral for previous debt restructuring so the company no longer owns them outright. (In 2010, 0wnership rights to 191 films were transferred to an independent fund that yielded less than $1 million in revenue last year.)

According to court filings, TWC estimated that the net cash flow from its film library hit approximately $57 million in the fourth quarter of 2017 and will reach $151 million in 2018 — though those figures may be contingent on the quick resumption of distribution activities, which are not all certain under a bankruptcy.

What happens with the TV division?

TWC estimates that its TV division generated $97 million in total revenue and $29 million in projected profit in 2017 on shows like Lifetime’s long-running “Project Runway” franchise, as well as the new Paramount Network shows “Waco” and “Yellowstone.”

It also anticipates $255 million in total revenue and $52 million in project profit in 2018 — though it’s hard to imagine how revenue could increase when so many projects that had been in development for this year have evaporated in the wake of the scandal.

“Project Runway: All Stars” is currently airing original episodes, and there’s another upcoming season already in the can. Both were shot before all of the sexual assault and misconduct allegations against Weinstein became public. They star Harvey’s estranged wife, fashion designer Georgina Chapman, who judges on the second-chance series. It will be odd, to say the least, to see her comment on the models, but not her own domestic disaster.

As for regular “Project Runway,” Lifetime sources have told TheWrap that shooting any additional seasons is very much up in the air. The show would typically start casting a few months from now, but the show’s future hangs in the balance because of TWC’s financial and PR problems.

TWC also still has a credit on the MTV adaptation of the horror franchise “Scream.” Though it’s been well over a year since the series last aired, the network does have a third season of the series in the can. It does not have an air date.

What happens to Harvey Weinstein’s accusers?

Under the bankruptcy plan, Lantern Capital would not assume certain liabilities, including “the harassment claims.”

That means that any accuser who wins a monetary settlement from the company would become another creditor, to be paid out from the $310 million purchase price — or whatever the eventual sale price winds up being, minus not inconsiderable legal fees.

But as bankruptcy law experts have told TheWrap, the courts would likely consider the accusers unsecured creditors — which would put them behind banks and other first-tier creditors. According to court filings, secured creditors like Union Bank and Bank of America are owed at least $156 million.

“The problem with civil-rights claims is that the accusers don’t have priority beyond the guy that delivers the water bottles to the office,” Steve Gubner, Managing Partner of Brutzkus Gubner, told TheWrap.