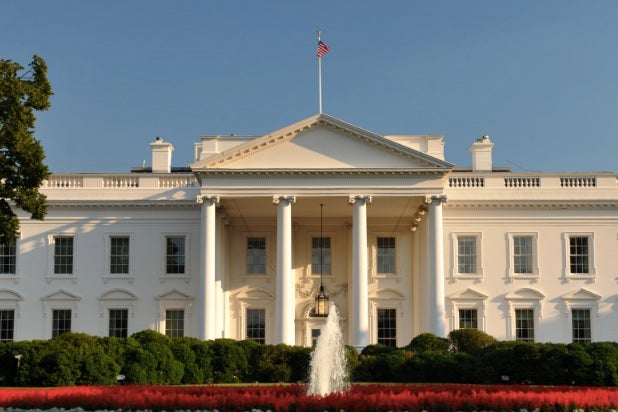 Of the 1,500 Instagram users who applied, only 20 of the White House’s followers were chosen to tour the East Wing with President Barack Obama’s official photographer Peter Souza.

The White House’s official blog stated that “President Obama and the First Lady are committed to opening the doors of the White House and truly making it the “People’s House.” Our InstaMeet continues a series of online and offline engagement events that invite citizens around the country to engage with their government.”

Also Read: How Instagram Upped the Ante This Awards Season

Photographer Branden Harvey was among the Instagrammers given the ultimate “Cribs” tour, and he also used the landmark occasion to experiment with rising platform Snapchat.

“Unfortunately I didn’t see the President or the First Lady or the girls. I did get to spend a lot of quality time with Pete Souza, the President’s photographer. I’ve looked up to him for a long time and loved getting to talk to him,” said Harvey, whose attendance was subject to a full background check by the Secret Service.

Harvey told TheWrap that the closest the group got to President Obama was the bottom of the stairs that lead up to the First Family’s residence.

“I loved seeing little touches of history left by different Presidents and First Ladies. So many new White House traditions were started under each administration and so many of them are still being practiced today,” said Harvey, who said he relished getting in trouble for sitting on some of the furniture.

“The most surreal moment was walking into the Cross Hall and seeing the red carpet and the beautiful lighting. It’s a location I’ve seen again and again during important Presidential speeches and being there in person felt incredible.”

According to the people giving him the tour, Hillary Clinton’s portrait is the first female pantsuit portrait in the White House. And Laura Bush had her portrait repainted twice because she didn’t like her smile.

Meanwhile, Souza told user Sarah Burris that his challenge for Instagram is that he doesn’t want to be in a historic situation using an iPhone. “If there’s a moment about to happen, I want to take it with that camera” he said, pointing to an actual camera. “It’s knowing when to pull out the iPhone.”

I can’t believe I’m here right now. The White House is such an iconic symbol for so many things I value and I’m honored to be able to shoot a few photos and tell a few stories inside. Thanks so much for the invitation, @whitehouse. #WHinstameet #WWIM11

. @petesouza says his challenge for #Instagram is he doesn’t want to be in a historic situation and be using an iPhone. “If there’s a moment about to happen,” he says “I want to take it with that camera” he said pointing to his trusty steed in the wingback chair. “It’s knowing when to pull out the iPhone.” #instagood #photooftheday #picoftheday #instagramhub #webstagram #igdaily #igers #instadaily #WHInstaMeet #WWIM11 @whitehouse #uniteblue #architecture #history #dc #politics #love #TFLers #tweegram #20likes #amazing #instalike #bestoftheday #instacool #instago #all_shots #love #beautiful A photo posted by Sarah Burris (@sarahburris) on Mar 21, 2015 at 1:51pm PDT

This is what happens when I bring a selfie stick into The White House. #TheWhiteHouse #WHInstaMeet #LA #LosAngeles

Fun Fact: Hillary Clinton is the only First Lady to take her portrait wearing a pantsuit. #WHInstaMeet #WhoRunTheWorld A photo posted by Chasity S. Cooper (@chasityscooper) on Mar 21, 2015 at 12:16pm PDT

This is José – yes I asked him his name- and he was rolling out the red carpet for us… Literally. Ok probably not for us but he was rolling out the red carpet. #instagood #photooftheday #picoftheday #instagramhub #webstagram #igdaily #igers #instadaily #WHInstaMeet #WWIM11 @whitehouse #uniteblue #architecture #history #dc #politics #love #TFLers #tweegram #20likes #amazing #instalike #bestoftheday #instacool #instago #all_shots #love #beautiful A photo posted by Sarah Burris (@sarahburris) on Mar 21, 2015 at 12:44pm PDT

Maine Eisenhower in her pale pink inaugural gown by Thomas Stevens. She was known for her bangs, outgoing personality and fashion sense. Her husband-to-be once described her as “a vivacious and attractive girl, smaller than average, saucy in the look about her face and in her whole attitude.”