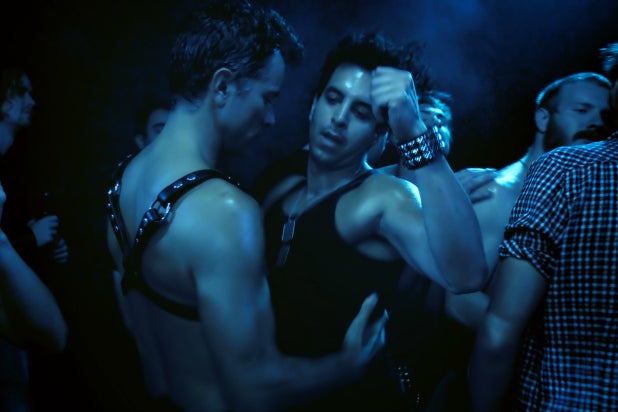 William Friedkin‘s “Cruising” has invited scrutiny and speculation throughout its life: During the shooting of the thriller — which starred Al Pacino as a straight NYPD cop who goes undercover in the East Village S&M scene to find a killer in the gay community — gay activists loudly protested, taking to the streets for the first time to picket the limited images of the LGBT community being offered in mainstream media.

Once the movie came out, it stirred up a bit of controversy before disappointing at the box office; years later, gay academics, film critics and artists of various stripes embraced this once-condemned film, either for Friedkin’s outrageous risks (different actors portray one killer over the course of the movie) or the film’s unabashed sexuality or even as an ethnographic record of lost tribes (the AIDS crisis would soon ravage gay men in New York and elsewhere) and neighborhoods (the once-sleazy Meatpacking District would eventually give way to gentrification).

Leave it to finger-in-every-pie James Franco to find a whole new angle for looking at “Cruising.” Co-directed by Franco and Travis Mathews (“I Want Your Love”), “Interior. Leather Bar.” uses the notorious Friedkin movie as a starting point for a discussion about identity, perception, an actor’s mask and the fear and power of on-screen sexuality. (“I Want Your Love” effectively incorporated explicit sex scenes into an otherwise mainstream drama, and it was seeing that film that reportedly convinced Franco that, with Mathews’ help, he could make this one.)

Structured like a documentary but clearly a narrative, “Interior. Leather Bar.” begins with Franco and Mathews setting out to recreate 40 minutes of explicit gay sex footage that Friedkin legendarily removed from “Cruising” to get an “R” rating from the MPAA. Franco convinces frequent collaborator Val Lauren (the star of Franco’s “Sal” plays “himself”) to take the role of Steve, the detective originally played by Pacino.

As the initially-skittish Lauren gets used to the uninhibited man-on-man sexuality around him and finds his way into the character’s headspace, we see the process that Pacino himself must have gone through as a straight actor suddenly plunged into real-life leather bars, surrounded by those clubs’ real-life patrons.

Running at just about an hour, “Interior. Leather Bar.” comes off as a somewhat extended experimental short, but there’s always something happening, even if it’s two men having explicit sex on a sofa while the star of “Oz the Great and Powerful” stands just feet away from them with a camera.

Franco’s work often deals with issues of public image and exposure — as “Filmspotting: SVU” podcasters Matt Singer and Alison Willmore recently observed, a frequent Franco character in film and on TV is a fictionalized version of himself — and with “Interior. Leather Bar.” Franco examines Pacino’s journey while adding another entry in his ever-expanding catalog of Things You Wouldn’t Expect a Major Movie Star To Do.