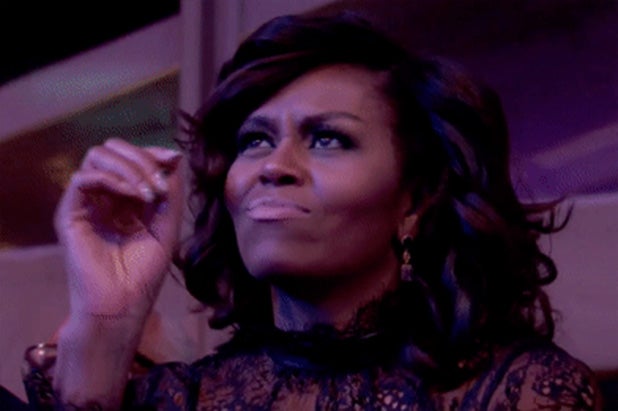 Twitter user Matthew A. Cherry is doing the Lord’s work.

The director and former NFL player is tracking down the history of some of the most-used reaction gifs, linking them back to the original video sources and providing new context for the familiar images on the web.

Among the gifs whose origins he’s unearthed are Michelle Obama jamming to The Roots, K-pop star Chae Hyungwon sipping his tea, Jay-Z nodding his head and Rihanna shutting out the paparazzi.

While some users have hailed Cherry’s Twitter thread as a public service, “The Big Sick’s” Kumail Nanjiani are among those calling it “awesome” or “epic” or “the best thing happening on the internet.”

So if you’ve ever wondered where the most well-worn gifs on the internet came from, you can check out Cherry’s thread here or see a few examples below:

I wanna create a thread called #GifHistory. Send a gif that you want to know the backstory to and we'll try to find the original video.

The original video is from a rap battle on Desawn Raw’s youtube channel from his alter ego Supa Hot Fire. pic.twitter.com/tf1lWl5upk

This Michelle Obama gif was from BET’s “Love & Happiness” musical celebration at the White House honoring the Obamas.

Michelle was rocking out to The Roots & Jill Scott performing “You Got Me” live.pic.twitter.com/Gnkswt0ikk#GifHistory

This comes from the Meme King Chae Hyungwon from the K-Pop Group @OfficialMonstaX. This was during the Kangnam Fansign Event. #MonBebes #GifHistory pic.twitter.com/Ap1ogfGCon

America has gone gaga for “The Boss Baby.” These gifs prove that no matter how cantankerous that kid is, with a face like that, what’s not to love?