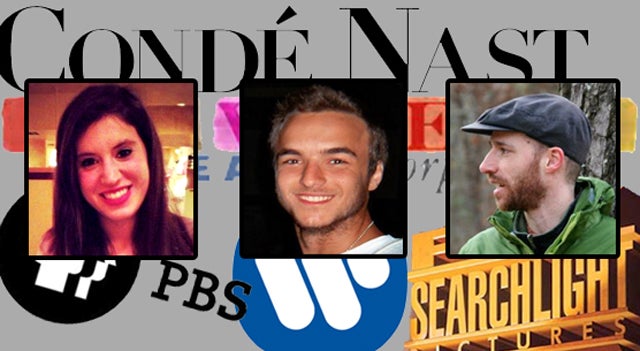 The Hollywood intern uprising may win a minimum-wage windfall for a small group of disgruntled lackeys, but as spooked media companies begin to tighten their practices, many interns are concerned they'll pay the price in the long run.

The tradition of "hush-hush" arrangements — working for free in exchange for industry exposure and a shot at future employment — is in the most jeopardy. While that practice is exactly what a spate of recent lawsuits seeks to eradicate, TheWrap spoke to several interns who are worried their opportunities to break into showbiz are being litigated out of existence.

One of those is 22-year-old freelance/temp worker Mollie Morrow, who's trying to apply her business degree to the entertainment industry. Morrow (left) has interviewed for internships where employers did not have the budget to pay — but dangled a future job, at least in theory. A lot of people, including herself, are willing to take that bet, she tells TheWrap.

"These lawsuits will not make these internships more fair — they will only screw people over," Morrow said.

TheWrap reached out to roughly a dozen major media companies, studios and networks on the subject — none would disclose whether they were modifying intern programs to avoid the fates of "Black Swan" producer Fox Searchlight, Gawker, Charlie Rose, Inc., Hearst Corporation, Conde Nast and Warner Music Group and others. They are all being sued by former interns for back-pay.

Some companies are protecting themselves by requiring proof that an unpaid internship is leading to school credit — even if the intern doesn't need it. For several students, that creates an expensive pay-to-work situation.

Jeremy, a 19-year-old college student (who asked his last name not be revealed) told TheWrap that he wanted to work at a major digital studio this summer, but its requirements prevented it.

"The problem is providing approval from my university's end to get legitimate accreditation," he said "[That] requires taking a course through my university, which means paying a fee."

"Why do I have to pay $1,500 to my university to work at a company for free, where neither pay nor accreditation is of any concern to me?" he asked. NBCUniversal began paying interns earlier this year, and is facing its own federal class-action lawsuit from a pair of unpaid interns who said in a July 3 filing that they worked more than 20 hours per week for free. And a federal judge last month ruled that two unpaid interns at Fox Searchlight were employees — thereby entitled to pay, benefits and other protections.

The changing landscape is also affecting those attempting to make a career change. Cyrill Wells (pictured left), a 35-year-old senior at USC majoring in Film Production, was a teacher for 10 years before re-enrolling to pursue his dream. Wells believes that unpaid internships are an educational investment.

"It’s necessary to be employable in this industry," he said. "I’m prepared to sacrifice short term gain for long term benefit.” Wells is a member of the intern networking group Industry Filmclub at USC. Club founder Idel Judanin (pictured right) — a junior majoring in Critical Studies of Film — echoes his opinion, “If you get something non-monetary, it’s worth it.”

Tropiano is certainly in favor of paid internships — but he also sees the value in the old way.

"There's a lot of really great internships where students … really are getting an educational experience, [that is] actually fulfilling what it is they expected," he said.

While rules and even law changes may be on the horizon for a number of media companies and studios, Tropiano has seen some intern-hiring policies altered already.

The pending lawsuits may take months to sort out, but it appears that the word "intern" needs to be more clearly defined. With that, Tropiano says, there needs to be a better understanding of what duties one can perform under the title.

"When it comes down to it, companies are always going to need interns," Tropiano said. "If anything, they're probably going to be a lot more clear in laying out expectations about what an intern can do and can't do."