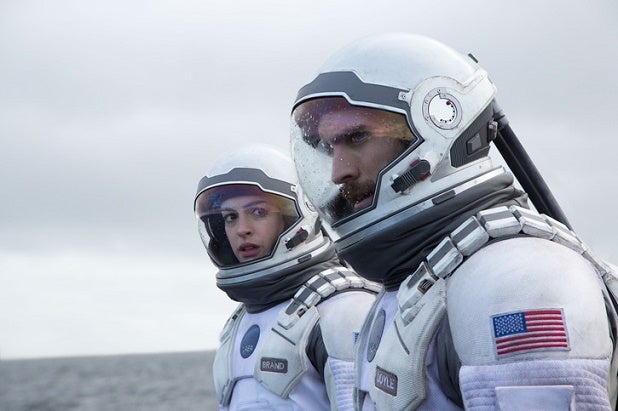 Christopher Nolan‘s “Interstellar” will bring in an estimated $1.5 million from special IMAX and 70mm and 35mm film screenings Tuesday night and Wednesday.

That’s a fast start for Paramount’s space saga starring Matthew McConaughey, Anne Hathaway and Jessica Chastain. The special screenings were the idea of director Nolan, an outspoken advocate for film in an era in which digital shoots and projection are the rule. Nolan shot “Interstellar” with both 35mm anamorphic film and, as he did on the “The Dark Knight” movies, 65mm IMAX film.

“Interstellar” is getting the jump on what is expected to be a close race at the box office this weekend, with Disney’s animated “Big Hero 6” opening Friday. Paramount, which is distributing the film domestically, projects a three-day total in the $55 million range and just under $58 million from Tuesday through Sunday for “Interstellar.”