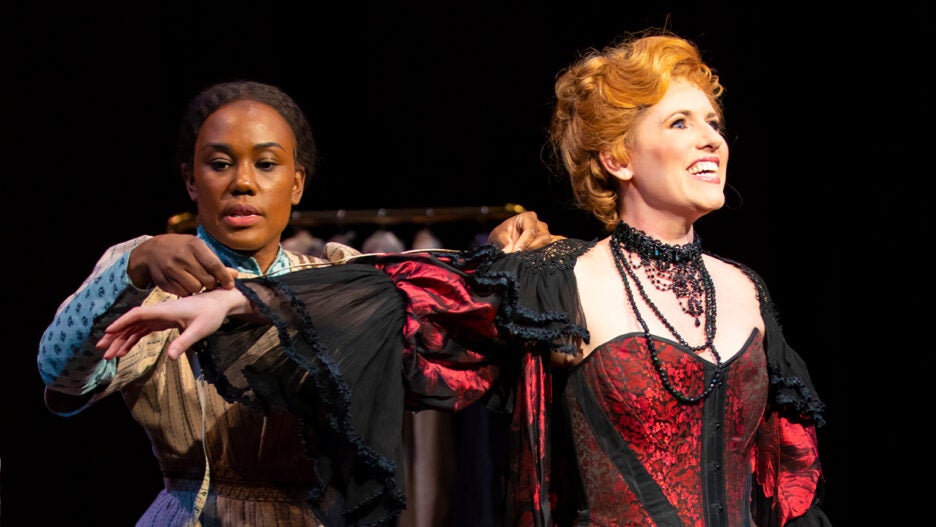 It’s a very good sign. Composers are once again looking to plays, instead of movies, as source material for musical theater. Last year, David Lindsay-Abaire’s 2000 play “Kimberly Akimbo” became a musical courtesy of composer Jeanine Tesori, with Lindsay-Abaire on board as lyricist and book writer. Now comes Lynn Nottage’s 2003 play “Intimate Apparel,” which has been turned into an opera courtesy of composer Ricky Ian Gordon, with Nottage on board as librettist. “Intimate Apparel,” a new opera, opened Monday at LCT’s Off Broadway Mitzi E. Newhouse Theater.

Let’s hope it signifies a trend. The movies-into-musicals fad has been a nice marketing tool, but too often the switch from screen to stage has delivered overly familiar characters who have no reason to express themselves through song. The mosaic structure of a movie’s narrative has been another stumbling block in this often bumpy transition. With “Kimberly Akimbo” and now “Intimate Apparel,” whole scenes lifted from the original play are given the time to develop, and when a character breaks into song, it no longer takes place as an isolated event. Both Lindsay-Abaire and Nottage have given their new musical works a chorus that doesn’t appear in the original play; otherwise, they are very faithful to that source material, as one would expect. And it’s there that I should stop making comparisons.

The new “Kimberly Akimbo” is a musical and the new “Intimate Apparel” is very much an opera. Not an opera like Taylor Mac and Matt Ray’s “The Hang” is an opera or Stephen Sondheim’s “Sweeney Todd” is an opera. Those two works are really musicals. For example, there’s no way to perform “A Little Priest” or “By the Sea” using the from-the-chest vocal production of an opera singer. It just doesn’t work. 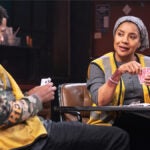 With “Intimate Apparel,” Gordon has written a full-scale opera with recitative and no spoken dialogue, and it was a delight to see senior citizens at intermission turning in their hearing devices because they didn’t need them. It helps that the lyrics are projected on the back wall of Michael Yeargan’s simple unit set. Otherwise, the superb singing voices on display here are not amplified, and the only thing that might improve them is a little more space between us and them so that the arias can truly take flight. “Intimate Apparel” was commissioned as an opera by the New Works Program, a joint venture between Lincoln Center Theater and the Metropolitan Opera, and this new opera is big and bold enough to deserve a place on that big stage.

Viola Davis introduced New York audiences to Esther in a 2004 production of “Intimate Apparel” at the Roundabout. Now at Lincoln Center, Kearstin Piper Brown sings the lead role of that 35-year-old seamstress living in New York City in the year 1905. Her soprano is so commanding that some of the reserve and reticence that Davis brought to the role is lost. There’s never any doubt that this Esther is giving to survive what life throws her, and that includes amorous letters from a man she has never met who is working on the new Panama Canal.

Nottage’s lyrics are blank verse and pretty much lifted verbatim from the original dialogue in her play. There’s an illustrious American tradition for blank verse in opera, namely Virgil Thompson’s two operas with librettos by Gertrude Stein, “Four Saints in Three Acts” and “The Mother of Us All.” There’s plenty of poetry in Nottage’s dialogue, but rhyme might have helped to give the arias even more cohesion. For his part, Gordon makes a very intriguing choice in the music he writes for George, Esther’s fantasy lover. The character receives by far the most mellifluous melodies in “Intimate Apparel,” and this production is blessed with the soft-grained baritone of Justin Austin. His arias are the letters George sends to Esther. In a brilliant stroke from director Bartlett Sher, George wanders the stage, crisscrossing his future wife’s path, more phantom than human being. 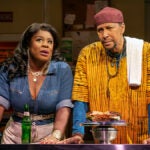 Otherwise, Esther lives in a world of women, except for her occasional visit to the Jewish fabric merchant Mr. Marks (Arnold Livingston Geis). Curiously, what she sews for her prostitute customers (Jesse Darden) looks very much like what she designs for her Fifth Avenue customers (Naomi Louisa O’Connell). Unlike what the George character is given to sing, these female characters deliver far more percussive, driven, even at times dissonant music. They are all women on the verge of being very discontented.

At the end of Act 1, Austin may make the fastest transition from fantasy to man every seen on stage. And he does it without saying or singing a word. It’s a great performance, and Austin manages to build on his stunning one-act finale. His George galvanizes the opera’s second act.

In the play “Intimate Apparel,” Esther is told about George’s gambling debacle. In the opera, Nottage and Gordon have wisely chosen to make the scene the centerpiece of Act 2, with the full chorus present for this sad spectacle. George is a gambling, drinking, whoring man who cheats on his new bride. Esther survives. More than the play, the opera “Intimate Apparel” is now also George’s story, and it is a genuine tragedy. 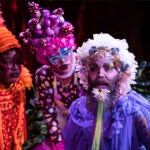 Also Read:
‘The Hang’ Off Broadway Review: Taylor Mac Wraps Socrates in Tulle in Blissfully Bizarre Musical
BIO By Robert Hofler
Robert Hofler, TheWrap's lead theater critic, has worked as an editor at Life, Us Weekly and Variety. His books include "The Man Who Invented Rock Hudson," "Party Animals," and "Sexplosion: From Andy Warhol to A Clockwork Orange, How a Generation of Pop Rebels Broke All the Taboos." His latest book, "Money, Murder, and Dominick Dunne," is now in paperback.