Who is Anna Delvey? Well, according to the trailer for Shonda Rhimes’ upcoming Netflix limited series “Inventing Anna,” Delvey (played by Julia Garner) is “a masterpiece, bitches” — and also a con woman.

In the preview for the new series, which you can view here and via the video above, Garner portrays the infamous Delvey in Rhimes’ TV series “inspired by the true story of a total fake.” She’s glamorous, mysterious and wealthy — and no one has any idea why.

Anna’s climbing social status piques the interest of journalist Vivian (played by Anna Chlumsky), who decides to get to the bottom of Anna’s story. But at the same time, Anna’s also drawn the attention of the police, as her friend Rachel (Katie Lowes) comes forward calling her a con woman.

Here’s the official logline for the nine-episode show, which will debut Feb. 11 on Netflix:

In “Inventing Anna,” a journalist with a lot to prove investigates the case of Anna Delvey, the Instagram-legendary German heiress who stole the hearts of New York’s social scene – and stole their money as well.  But is Anna New York’s biggest con woman, or is she simply the new portrait of the American dream?  Anna and the reporter form a dark, funny, love-hate bond as Anna awaits trial and our reporter fights the clock to answer the biggest question in NYC: who is Anna Delvey? 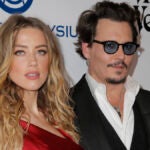 “Inventing Anna” is inspired by the New York Magazine article “How an Aspiring ‘It’ Girl Tricked New York’s Party People — and its Banks” by Jessica Pressler, who also serves as a producer on the Netflix show.