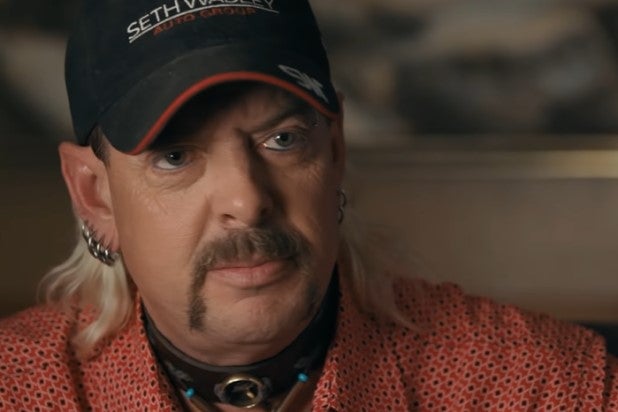 Titled “Investigating the Strange World of Joe Exotic,” the special will follow-up on the feud between Maldonado-Passage, who is currently serving a multi-decade prison sentence, and Carole Baskin, the big cat enthusiast who was the victim of an attempted hit by the exotic animal zoo owner.

“Viewers are understandably riveted by Netflix’s ‘Tiger King,’ but the millions of true crime fans around the world were left wanting more,” said Henry Schleiff, Group President ID, Travel Channel, American Heroes Channel and Destination America. “ID is the perfect place to find the inevitable sequel to this drama – featuring a missing husband, a hitman, and the illegal business of exotic animals. It’s time to let the cat out of the bag and address the lingering questions that viewers demand be answered.”

Maldonado-Passage rose to notoriety in recent weeks thanks to the Netflix docuseries “Tiger King.” The seven-episode series premiered on March 20 and has quickly become one of the streamer’s most popular original series.

“Investigating the Strange World of Joe Exotic” is being produced by Conveyor Media with Theresa McKeown and Colin Whelan as executive producers and Rebecca Sirmons as co-executive producer.

Read ID’s description of the special below.

This is the investigation you didn’t get to see, revealing the secrets only Joe knows, the exclusive footage that has never been shown and the search to answer the one question every person in America is asking themselves right now: although she’s denied it, is Carole Baskin responsible for the disappearance of her husband, Don Lewis?

But neither the mystery nor the investigation stops there. What skeletons is Joe still hiding within his untold past? Is his conviction truly justified? Who is Jeff Lowe and what does the FBI really know? What secrets lie hidden within Doc Antle’s walls?