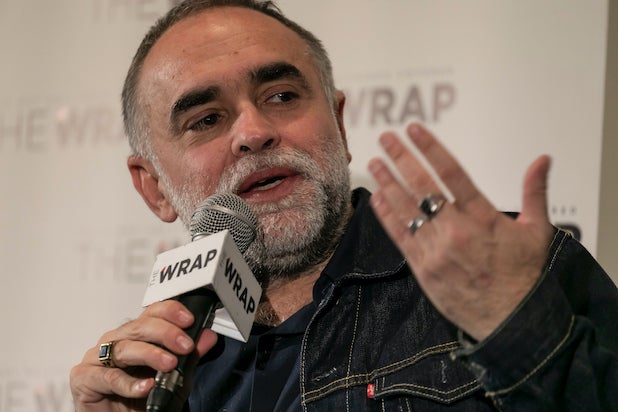 zWhen filmmaker Karim Aïnouz read Martha Batalha’s book “The Invisible Life of Euridice Gusmao,” he wished it was a novel he could’ve written. The book was not only a well known story in his home country of Brazil, but he picked up on numerous similarities between the book’s characters and his own grandmother and mother.

The book was so iconic that he even felt conflicted about being a man directing a movie based on a quintessentially female story. But with his film “Invisible Life,” Brazil’s official submission to the International Feature race at the Oscars, he felt it was time to do a portrait of his mother’s generation.

“I thought it was an important portrait to do of women of a certain generation who I thought had been not really represented, neither in literature, history or cinema,” Aïnouz told TheWrap’s Steve Pond following a screening of the film Monday at the Landmark Theatres in Los Angeles. “And I thought it was an important document, the novel itself, because it talked about women that probably today who are 90 or 80 years old, and it was important to tell their stories while they are still here.”

Also Read: How 'Queen of Hearts' Director Made a Feminist Story About a Bad Person

“Invisible Life” is the story of two sisters, Euridice and Guida, who are separated from each other while living in Rio in the 1950s. The two are living mere miles apart, but their father, ashamed that Guida ran off and became pregnant out of wedlock, banishes her from the family and lies to Euridice that her sister ever returned home.

Aïnouz worked within the melodrama genre to make this period film relevant to how women are still fighting for rights and agency in their lives and families today. He was equally inspired by the film “Imitation of Life” and by Brazilian soap operas, and he ultimately felt this genre was right to tell this generation’s story.

“There are so many things that have changed between the 1950s and now, but particularly in Brazil, there’s a nostalgia for a certain kind of family and femininity,” Aïnouz said. “How can I do this without making it seem dusty or stale? It’s treated as a subgenre, but it’s probably the most politically efficient genre of all time, because it really talks about people who have been put down. It’s really about that struggle between the world and the individual, and this is the time to do it.”

Aïnouz also took a noticeable departure from Batalha’s book, as he felt it was crucial to show the repercussions of what this father has done to Guida and Euridice’s lives. He spent years writing and developing his adaptation, and it wasn’t until two months before shooting that he finally found the right scene that could fit the story he aimed to tell.

“When I started, I thought I was just telling the story of my family, but when I really dove into the book, I realized it was the story of a lot of women,” Aïnouz said. “I felt this was the time to do a portrait of a generation of my mother, and there was something there I needed to go back to. For me, this was a document of war. These women have been through so much that we know so little about.”

“Invisible Life” made its premiere at the Cannes Film Festival and won the Un Certain Regard prize, and it hits American theaters beginning on Dec. 20.