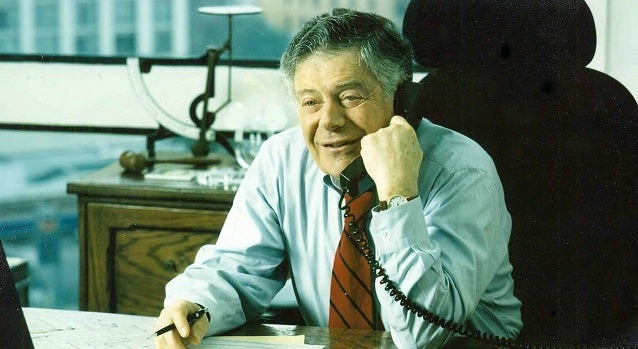 Prominent entertainment attorney Irwin Russell, who played a key role in the takeover and expansion of the Walt Disney Co., died Friday from complications from leukemia.

"Irwin Russell was a brilliant lawyer, an insightful executive, an eloquent writer and, in all things, a true gentleman,” said his longtime client and associate Michael Eisner, the former chief executive and chairman at Disney and founder of the Tornante Company.

"He represented me for 40 years, including my tenures at ABC, Paramount, Disney and, until the day he died, at Tornante.  He was able to write – and get all parties to agree to – a one-page deal, something unheard of in American business. Ethics, doing it right and being fair were embedded in his DNA. This is a deep loss for all of us.”

In addition to his work with Disney, Russell represented producer David L. Wolper and was involved in several landmark entertainment industry deals. He represented Bob Banner Associates in bringing "Candid Camera” to television. He also broke new ground by devising a "barter” syndication deal for the TV show, "Hee Haw” and negotiated the syndication of "Baywatch.”

He represented Jim Henson in the deal that brought the Muppets to "Sesame Street, and his other clients included Theodore Geisel (aka, Dr. Seuss), actor Robert Preston, and Christina Crawford, whom he represented in proceedings against her mother, actress Joan Crawford.

In 1984, following a months-long Wall Street battle, Russell was involved in bringing Eisner to Disney as chief executive, with Frank Wells as president. He went on to serve on the Disney Board until 2001. In the ensuing years, the company became an entertainment powerhouse and, at the time Russell left the Board, the stock had appreciated by some 3000 percent.

Born in New York City on Jan. 24, 1926, Russell interrupted his undergraduate education at the Wharton School of Finance and Commerce to serve in the U.S. Army Air Corps during World War II, returning to get his degree. from Wharton in 1947 and his J.D. from Harvard Law School in 1949.

From 1951-53, he was an attorney for the National Wage Stabilization Board. In this capacity, despite still being only in his 20s, he played a central role in resolving high-profile wage disputes between management on behalf of the Truman Administration.

Russell then moved to New York City to work in private practice, and came to Los Angeles in 1971 as executive vice president, treasurer and director of The Wolper Organization from 1971-1976, before returning to private practice.

Russell is survived by his wife, Suzanne.  A memorial service is being planned for September.