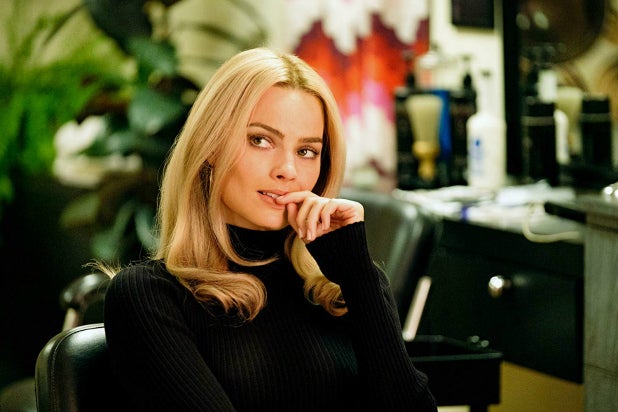 Do you need to know the history of the Manson family and Sharon Tate’s murder to fully appreciate Quentin Tarantino’s “Once Upon a Time… in Hollywood”? That’s one question on our latest “Low Key” podcast, which you can check out on your favorite podcast platform or right here:

Every week on “Low Key,” Aaron Lanton, Keith Dennie and I talk about pop culture moments we think others may have missed. This week is special, because “Once Upon a Time… in Hollywood” is wide open to interpretation.

But Aaron and Keith weren’t very interested in the case prior to Tarantino’s film — and didn’t know the Manson family committed the murders.

Also Read: Bruce Lee's Daughter Saddened by 'Mockery' in 'Once Upon a Time... in Hollywood' (Exclusive)

That means I had a very different experience with “Once Upon a Time… in Hollywood” than Keith and Aaron did. I kept expecting something to happen… and they didn’t.

So: Does the movie work if you don’t know the history of Sharon Tate and the Manson family?

And does it work if you do know the history of Sharon Tate and the Manson family?

If you’re a baby boomer, you may wish you didn’t remember the dark summer of 1969, when the Manson murders terrorized Los Angeles. But millions of people — including my podcast co-hosts and I — weren’t around yet. And while lots of people actively seek out details about old murders, lots of other people actively avoid them.

Aaron deliberately avoided reading anything about “Once Upon a Time… in Hollywood” because he didn’t want any advance knowledge that might spoil the film. Keith wasn’t especially interested in the movie before Aaron and I asked him to see it, solely for the sake of our podcast.

Also Read: If 'Everybody Wants Some!!' Made You Miss 1980, These Films Will Cure That (Photos)

This episode, we also talk about my exclusive interview earlier this week with Shannon Lee, Bruce Lee’s daughter, about the screen legend’s portrayal in the film. Shannon Lee says she understood the film was meant as a revenge fantasy, but felt, as she watched, as if her father was treated disrespectfully for laughs.

Needless to say, there’s a lot to break down this episode as we try to understand “Once Upon a Time… in Hollywood.”

Here are some of the points we discuss, and when we discuss them, with time stamps:

2:21: What it’s like to watch “Once Upon a Time… in Hollywood” if you don’t know the real-life details of how Sharon Tate and her friends were killed.

7:05: Here are three different interpretations of the film.

7:30: Is the whole film an attack on “Social-Media Justice Warriors”? (Thanks for that phrase, Neal Brennan.)

14:48: Does Amy Nicholson’s new podcast, “Quentin Tarantino’s Feature Presentation,” contain a huge clue about how to interpret “Once Upon a Time… in Hollywood”?

22:17: We list the Tarantino characters who aren’t pretty terrible people

35:20: Did Sharon Tate (Margot Robbie) have enough to do onscreen?

36:30: Check out this story by Trey Williams on why the book Sharon Tate buys for Roman Polanski, “Tess d’Urbervilles,” is significant