Renowned for his psychologically demented, historically precise horror films “The Lighthouse” (2019) and “The Witch” (2019), writer-director Robert Eggers is bringing his talents to big-budget filmmaking with “The Northman.” Glory and gore go hand in hand in this epic Viking film about a young prince whose singular purpose is to avenge his father after tragedy befalls the family. Capturing the brutality of 10th century life down to every last detail, “The Northman” follows Prince Amleth through Iceland, Eastern Europe and a few North Atlantic islands as he pursues his fated quest.

With plenty of blood, guts and gore, “The Northman” is not for the faint of heart – or stomach. If that sounds like your jam, here’s everything you need to know so you can watch it. 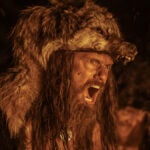 When did “The Northman” come out?

“The Northman” premiered Friday, April 22 in the United States and in the U.K. The film is being distributed across the U.S. by Focus Features and internationally by Universal Pictures.

Is “The Northman” playing in theaters or streaming?

“The Northman” was released exclusively in theaters on April 22. You can find local showtimes here.

As of May 13 the film is now available to rent or own On Demand through retailers such as Apple, Amazon and Movies Anywhere.

As of June 3, “The Northman” is now streaming exclusively on Peacock. 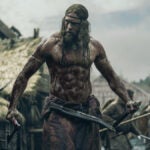 Who is in the cast of “The Northman”? 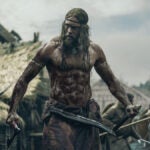 Where are Robert Eggers’ other films streaming?

Watch the “The Northman” trailer 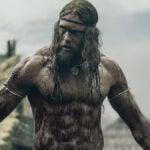 Also Read:
‘The Northman’ Director Denies He Relinquished Authorship of the Film: ‘This Is My Director’s Cut’