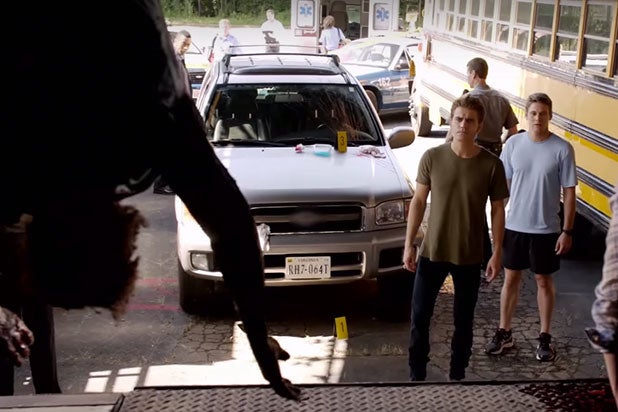 “The Vampire Diaries” star Ian Somerhalder offered fans at WalkerStalkerCon in Nashville a bit of a shocker when he said that the popular CW show will not return after its upcoming eighth season.

In response, a spokesperson for the CW told TheWrap, “No decision has been made at this time.”

"We have decided to do one last season to really do the story justice" @iansomerhalder #WSNashville pic.twitter.com/J92egjkF6x

But fans have good reason to fear with the impending departure of star Kat Graham, who said just last week that she would stop after next season, and the Season 6 exit of Nina Dobrev, who played the diarist of the title, Elena Gilbert, torn between two vampire brothers.

“The Vampire Diaries” is winding down its seventh year, with a season finale set to air on May 13. Last month the network renewed the show for an eighth season, along with the spinoff series “The Originals.”