Issa Rae is being honored with the 2022 Visionary Award from the Producers Guild of America (PGA). The “Insecure” creator will receive the award at the 33rd annual Producers Guild Awards on March 19, the PGA announced Thursday.

“Issa makes us excited for the future of television. With her series Insecure, she achieved the highest levels of comedy, perspective and performance possible, and her sharp wit and distinct voice will undoubtedly continue to drive quality entertainment featuring underrepresented voices,” Producers Guild of America Presidents Gail Berman and Lucy Fisher said in a statement. “Beyond Issa’s prolific work, she is a role model and inspiration to the next generation of creatives through her mentorship programs like ColorCreative, and more recently, ‘Project Greenlight.’ We are thrilled  to honor Issa this year.” 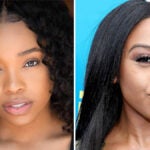 In 2020, she also starred in Netflix’s romantic comedy “The Lovebirds” and HBO’s political satire “Coastal Elites.”

First put into development in 2019, the series centers on two estranged high school friends from Miami who reunite to form a rap group. Rae will write the pilot and serve as executive producer on the series, with “Insecure” alum Syreeta Singleton acting as showrunner. Yung Miami and JT of the rap duo City Girls are co-executive producers on the series.

Rae is also producing an adaptation of Octavia Butler’s sci-fi novel “Fledgling” with J.J. Abrams for the network.

The 33rd Annual Producers Guild Awards will be held on Saturday, March 19 at the Fairmont Century Plaza in Los Angeles.