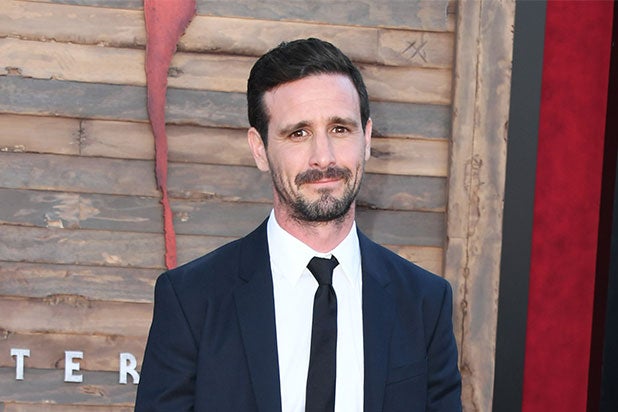 (Spoiler alert: Do not read on if you haven’t seen “It: Chapter Two. You’ve been warned.)

For actor James Ransone, getting to play adult Eddie Kaspbrak in “It: Chapter Two” was like “winning the Powerball.” He knew there were many actors out there who could play the older version of the kid who could spew out words faster than the speed of light, but now, it’s hard to imagine anyone else playing the part.

“I didn’t watch the first movie when it came out, not for any other reason than I kind of live under a rock — I haven’t turned on my TV in five years — so my brother saw the movie and told me, ‘Hey man, there’s this kid that looks a lot like you, it’s really weird,'” Ransone told TheWrap. “And I got some weird feeling that [the studio was] going to call me asking about it, because I knew they were going to start casting.”

Director Andy Muschietti went to bat for Ransone, who initially auditioned for a part in the first movie (he wouldn’t disclose which part, exactly). Kaspbrak is one of the members of The Losers Club and is known to be a germaphobe who is often reluctant to do the adventurous stuff the other kids yearn for. Ransone knew he had some big shoes to fill by playing the adult version of Eddie.

“All I did to prepare was kind of study Jack Dylan Grazer’s performance, and I thought from the first second he was on the screen that it sounds like he’s shooting a machine gun out of his mouth and I just thought, ‘Oh my God, this is going to be really difficult,'” Ransone explained. “We spent a lot of time together and all I tried to do was just get my lines out as fast as possible. And then there are these certain little idiosyncrasies that he would do that Andy was really attune to that I didn’t pick up on, so Andy would have me insert certain gestural things that Jack did, and that was really cool.”

“It: Chapter Two” is full of dark scenes where the adult versions of the Losers Club have to confront their past dealing with It, as well as coming face-to-face with their fears all over again. For Ransone, the scariest moment playing Eddie came during the scene  when he goes into the basement of Derry’s pharmacy to find his mother tied up, when a monster starts approaching them.

“We shot that in a real pharmacy in Port Hope, Canada, that was a real pharmacy so all of the bottles that you see at the back of the wall that you see are all real,” he explained. “And so there was like weird stuff, and I kept thinking, this s— is like an environmental disaster waiting to happen. There is one exit down there, and there were 4o to 50 people shooting down there, and they were like, ‘just wrestle with this giant, six-foot monster.’ That was a tricky scene to shoot because I kept thinking, ‘If we do this right, we might blow up the entire block.’ That building was definitely not up to fire code.”

The entire cast, which included Bill Hader, Jessica Chastain and James McAvoy, dealt with exhausting scenes (Chastain’s character Beverly Marsh gets enveloped by gallons and gallons of blood, for example), so the actors needed to find a way to decompress.

“Honestly, me and Isaiah Mustafa and Bill, we just dicked around the whole time,” Ransone said. “We joked around, and we liked the same dumb YouTube videos, we are into the same thing, we would just tell jokes for hours and hours and it kept it loose and lively.” The levity on set was essential to get through long, touch sequences. One of the hardest scenes to shoot involved staring into a strobe light that flashed nonstop for weeks on end. “We all kind of lost our minds a little bit. ‘Apocalypse Now’ style,” Ransone said. “I’d come out and be like, is it 2 a.m. or 2 p.m.?”

However, Ransone says the rule of thumb for him as an actor is to never complain. “I have to pretend to be scared of this clown for money, and it’s so easy. But it does turn into this weird psychological torture after two weeks… because of the tedium of it because it happens over and over again — that’s where it gets tricky to manage.”

This is where we get into the heavy spoiler-y stuff, so seriously, stop reading if you don’t want to have the ending spoiled for you.

And tricky it got at the end of the movie, where Ransone’s Eddie meets his end. His death in the movie is different from what happened in Stephen King’s book, but Ransone is happy with the way his character’s life ended.

“We filmed that in so many different ways, and there were so many options that weren’t even scripted,” Ransone said. “I think it was Bill’s idea for my character to tell joke and the rest of the Losers to walk away and then they come back and I’m dead. I think it’s such a good way to do it, although as an actor, I was like, ‘You took the death scene away from me!’ But if you had seen my dying like that, it would have been a standard trope — everyone has seen that a million times. There was part of me that felt jealous that performatively, that was taken away for me. But I think it works better for the movie this way.”

The star caliber on this movie was out of this world — as mentioned before, the cast consisted of Chastain, McAvoy, Hader, Bill Skarsgard and child actors Finn Wolfhard, Jaeden Lieberher and Wyatt Oleff. And the legend himself, Stephen King, came to set to see his masterpiece being adapted into film.

“I met Stephen on set, and that’s just so awesome when you meet people like that, they are always pretty cool. There are always the people that are in the middle that aren’t legendary like that, that are such pains in the ass. He was super open, super sweet — I know he watched me do the scene with Henry Bowers in the bathroom.”