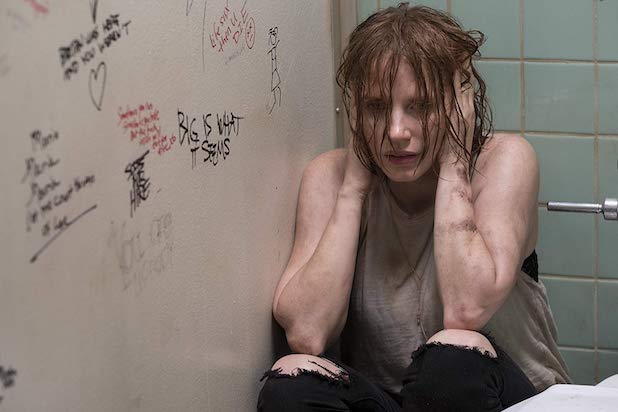 “It: Chapter Two,” the sequel to the horror blockbuster based on Stephen King’s novel, got off to a scary good start Thursday night, taking in $10.5 million in previews. It opens on over 4,200 screens this weekend.

“Chapter Two’s” Thursday total however fell short of the 2017 “It” film, which brought in $13.5 million in its Thursday previews. That was then a record for both a horror film and a September release.

The initial projections for “It: Chapter Two” likewise point to a lower opening weekend than the first film. Independent trackers are looking in the range of $100-110 million for “Chapter Two,” while Warner Bros. is projecting a more conservative $85-90 million for the New Line film. The original opened to a massive $123 million, leading it to a gross of $700 million worldwide. The first film’s success came as a surprise for box office trackers, and it ultimately placed in the top 10 highest grossing films of that year.

If “It: Chapter Two” does manage to crack the $100 million mark in its opening weekend, it would be the first non-Disney release of 2019 to do so. The exception is “Spider-Man: Far From Home,” which opened over a long 4th of July weekend rather than a traditional three-day weekend.

“It: Chapter Two” is also performing less well with critics, currently landing a still fresh but just 67% score on Rotten Tomatoes. The new film is the continuation of the first movie and now finds the Losers Club all grown up, but returning to Derry to face their demons in the form of Pennywise the Clown (Bill Skarsgard) all over again.