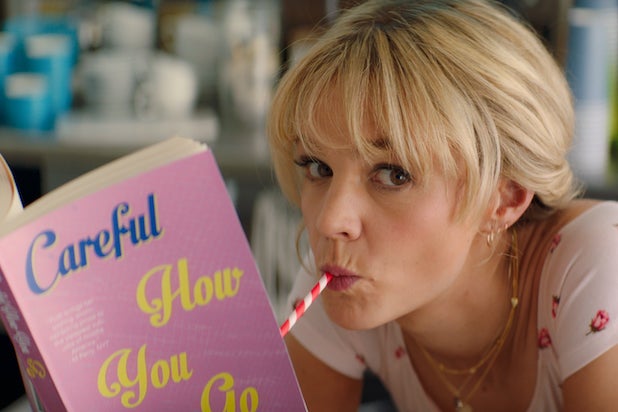 One could have watched the Critics Choice Awards last Sunday and thought they were re-watching the Golden Globes. Same nominees, mostly the same winners, same sweatshirt for Jason Sudeikis. Wait … didn’t the professional entertainment judgers generally blast the Hollywood Foreign Press Association for, well, for being what and who they are?

What happened to early critics’ winners like “First Cow”? How quickly they forget and go with the flow. In fact, this is the time critics — respect or resent them — are currently getting a taste of their own.

Consider “Malcolm and Marie,” the controversial film from Sam Levinson starring John Thomas Washington and Zendaya. It is basically one long argument about whether “that white lady of the L.A. Times” wrote a positive or negative review of Washington’s character’s film, seen through the racial lens. Washington ends his screed by saying he hopes the writer gets “f—ing carpal tunnel until her hands atrophy and cramp and she can no longer write nonsensical f—ing garbage like this anymore!”

Another current film, “Promising Young Woman,” has created a different form of anti-critic hostility. Star Carey Mulligan called out a freelance reviewer for implying she was not “hot enough” to inhabit the role. Variety, the publication where the review ran, issued an apology while also praising her “daring performance.” After that, the National Society of Film Critics responded with, “Like any journalists, film critics must have the support of their publications … especially when that publication claims to report on the industry those powerful people inhabit.” Mulligan won the Critics Choice best actress trophy.

Meanwhile, in his new novel, “A Bright Ray of Darkness,” Ethan Hawke writes about his main character’s fear of reading the New York Times’ review of the Shakespeare production in which he appears. “I don’t need some two-bit theater student to tell me how I feel about my f—ing show,” he says defensively. “They always pick on the movie star,” one of his colleagues says.

Hawke may be looking back at his own risky, and unanimously panned, performance as Macbeth at Lincoln Center in 2013. “He delivers Shakespeare’s poetry like a moody, glue-sniffing teenager reciting Leonard Cohen lyrics to himself,” wrote the New York Times. Could this novel be Hawke’s form of revenge?

Let’s face it, critics are rarely portrayed as the good guys and girls in fiction. (Think of the bile spewed from those in “Sweet Smell of Success,” “All About Eve” and “Birdman.”) Yet there was a time, long before social media, when they wielded real power and even influence.

Some even occasionally admitted they may have judged too harshly. Joe Morgenstern at Newsweek famously wrote a second, dramatically revised, review of “Bonnie and Clyde” after seeing the film with an ecstatic audience. Time magazine also went from writing off that film one week and putting it on the cover shortly after — with a new critic. The New Yorker’s Pauline Kael once approached Benton at an event and apologized for her review of one of his movies.

The Yelping of America has made everyone a critic, as they say, with less time for reflection, let alone helpful analysis. In the movie world, the tentpoles have their critic-proof audiences, but as former studio executive, producer, and professor at NYU’s Film and TV school Joe Pichirallo says, “Film critics are still an important factor in the independent film arena. They also play a role in building Academy Awards buzz, that becomes part of their marketing.”

In the world of theatre (my main beat these days), there is also no longer power in one place. When Ben Brantley retired last year from the New York Times, he said, “Many readers of daily journalism, I learned, often only skim, which means that nuanced arguments can make them impatient. I loathe thumbs-up, thumbs-down criticism.”

Despite what some say, it is hard to imagine artists, however successful, and even those who say they don’t read reviews, not being affected by disparaging words. Mike Nichols never forgot one critic calling “Catch-22” “possibly the biggest, most hopeless, nihilistic picture ever to go out from a studio.” Nichols was defensive at first, but, according to his biographer, Mark Harris, “he later conceded that ‘I never found the heart of “Catch-22.”‘”

Most serious critics do it for the right reasons, at least once they have matured and understand film history. My first real job was reviewing for a Santa Monica newspaper and I confess that my secret goal was to be “blurbed” by filmmakers in their promotion. Two years into the position, I found myself watching a film by soft-porn director Russ Meyer (Whom I had never heard of). With raging relish, and feeling a responsibility to the public, I opened my review with, “If I told you everything that happened in this movie, you would put down your copy of Portnoy’s Complaint and run right out to see it.”

Imagine my surprise when I was asked by Meyer’s company if they could use my quote in their ads.