Her death has been ruled an accident. The 73-year-old was found unresponsive and alone on a staircase in her Upper East Side home on Thursday, NYPD officials said on Thursday. She was pronounced dead on the scene by first responders.

Local restaurant owner Giuliano Zuliani told People that Ivana appeared to have trouble walking when he last saw her two weeks ago. “She was in bad shape. She could barely walk. She didn’t eat her food [here], she took it home with her,” he said. 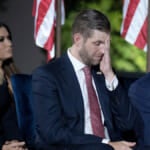 Ivana Trump had planned to leave for St. Tropez on Friday, her friend Nikki Haskell told Page Six. “This was going to be her first trip away since the pandemic. She was afraid of getting the virus.”

The former president first announced her death in a post on his social media site Truth Social, calling her a “wonderful, beautiful, and amazing woman, who led a great inspirational life.”

The Czech-born Ivana married Donald Trump in 1977, and the two had three children: Don Jr., Eric, and Ivanka. During their marriage she held key management positions in various Trump Organization businesses. They divorced in 1992, after which she became a fashion designer and TV personality on QVC and Home Shopping Network.

Their split was a major tabloid and news story, as Donald’s affair with future second wife Marla Maples came to light. Ivana won a reported $14 million settlement that included a mansion, an apartment in Trump Tower and regular use of Mar-a-Lago. She famously said post-divorce, “Don’t get mad, get everything.”

Ivana Trump was also a prolific writer, penning an advice column or the Globe for 15 years and publishing several books, both fiction and nonfiction. 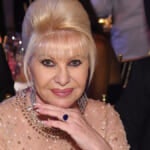