Popular titles like “Euphoria” and “Spider-Man: No Way Home” lead the nominations at the MTV Movie & TV Awards, which will be hosted by Vanessa Hudgens at the Santa Monica Barker Hangar June 5 at 8 p.m. PT. “The Bachelor” star Tayshia Adams will host the Movie & TV Awards: Unscripted ceremony immediately afterward, where reality series like “RuPaul’s Drag Race” will be up for awards.

Black, a consummate acting and comic veteran, is most known for his roles in the beloved family comedies “School of Rock” (2003), which earned him his first Golden Globe nomination, and “Nacho Libre” (2006). He also voiced the main character Po in all three installments of DreamWorks’ cherished “Kung Fu Panda” franchise, a role he’ll be reprising in Netflix’s spinoff series “Kung Fu Panda: The Dragon Knight,” currently in postproduction. 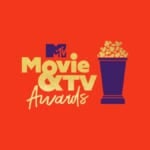 A frequent collaborator of filmmaker Richard Linklater’s, Black also starred in 2011’s “Bernie,” which garnered him his second Golden Globe nod. Most recently, he was in Netflix’s “Apollo 10 ½,” also helmed and written by Linklater.

Black is also known for “Jumanji: Welcome to the Jungle” and “Jumanji: The Next Level,” which he starred in alongside Hart and Dwayne Johnson. His other credits include “High Fidelity” (2000), “King Kong” (2005) and “Goosebumps.” In September 2018, he received a star on the Hollywood Walk of Fame.

Black continues to tour internationally as the lead singer of the rock-folk comedy group Tenacious D, which he created with longtime friend and collaborator Kyle Gass. Next up, Black will star in “Borderlands,” a sci-fi action comedy flick based on the popular video game of the same name. 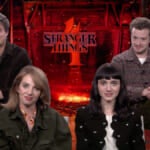