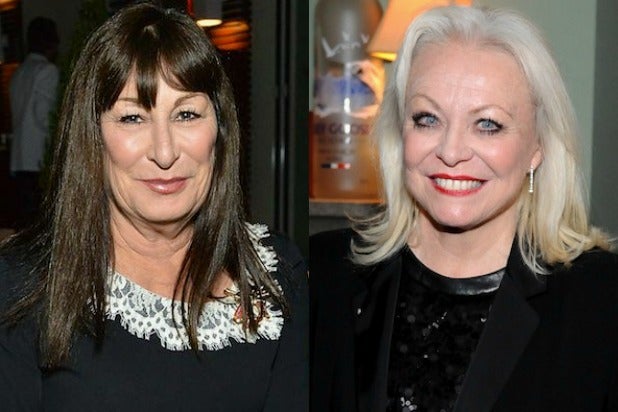 Jacki Weaver slapped back at Anjelica Huston on Friday, saying she could “go f— herself” for the “petty” diss she delivered about Weaver’s latest film, “Poms,” in which she plays a member of a senior citizen cheerleading squad.

Huston’s comments came in a Vulture interview posted Wednesday after she was asked how she chooses her roles. “Quite honestly, I’m looking for movies that impress me in some way, that aren’t apologetically humble or humiliating like, ‘Band of cheerleaders gets back together for one last hurrah,’ you know,” Huston said.

“An old-lady cheerleader movie. I don’t like that kind of thing. If I’m going to be an old lady — and I’m sort of touching old lady these days — at least I want to be a special old lady. I don’t want to be relegated to some has-been making a comeback. I hate comebacks.”

Weaver told Vanity Fair that when she first heard of Huston’s remarks, she “just laughed. And then I said, ‘Well, she can go f— herself.’ I was kind of disappointed. I had always been an admirer of Anjelica. And I thought, ‘That’s a bit mean and petty.'”
“I would say she must be going through menopause, but she must have had that ages ago,” Weaver added.

The “old-lady cheerleader” comedy Huston is referring to is “Poms,” which stars Weaver, Diane Keaton, Pam Grier and Rhea Perlman as a group of elder women who form a cheerleading squad at their retirement community, proving that you’re never too old to follow your dreams.

Weaver said that Huston’s comments are part of a bigger problem of “ageism” in both society and the film industry.

Also Read: Diane Keaton: 'Woody Allen Is My Friend And I Continue to Believe Him'

“A lot of it comes from the ages. People are people. Some of us got here sooner than others,” Weaver said. “A lot of my close friends are in their thirties. Except for the creakiness in your bones, I don’t think there is really that much difference between us when we really get to know each other.”