Jackie Chan enthusiastically extolled the virtues of his homeland’s ruling party in one of his most public declarations in support of the Chinese government yet.

Chan appeared at a symposium organized by the China Film Association last week to “study and implement the spirit” of a keynote speech given July 1 by Chinese President Xi Jinping in honor of the 100th anniversary of the founding of the Communist Party, Variety reported.

“Abroad they often say, ‘proud to be Chinese.’ I’m very lucky to be a Chinese person, but I also am very jealous that you all are Party members. I just think the Chinese Communist Party is really so magnificent,” he said, according to footage taken from broadcaster CCTV video. “What the party says, what it promises, it doesn’t need 100 years to accomplish – it will definitely accomplish it in just a few decades. I want to be a Party member!” 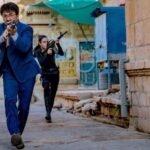 Earlier this month, Chan also participated in a propaganda event held by the party at Beijing’s 91,000-capacity Bird’s Nest national stadium, during which he sang with two other performers the classic patriotic Chinese song “Yellow River Cantata.”

They were accompanied by thousands of performers dressed as soldiers from the Eighth Route Army, who were commanded by the Communist Party during the Second Sino-Japanese War.

“Those soldiers faced down machine guns while wearing straw sandals and using single-shot pistols, and confronted their advanced weaponry with swords and spears,” Chan said at the July 8 China Film Association meeting a week later. “I think the Eight Route Army of our Communist Party is truly amazing!” 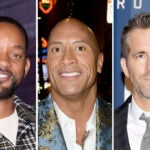 Chan also indicated his support for the mainland, which is carrying out a campaign to eradicate democratic attempts in Hong Kong. “I’m not sure if it’s good to have freedom or not,” he said at a conference in 2009. “I’m gradually beginning to feel that we Chinese need to be controlled. If we’re not being controlled, we’ll just do what we want.”