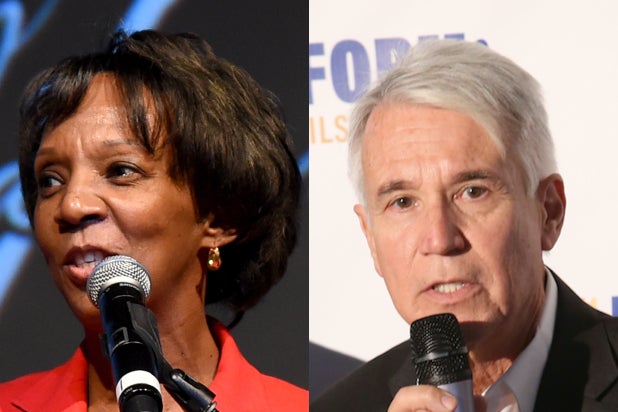 Lacey was voted out with about 46% of the votes as of Wednesday morning, after three years of weekly Black Lives Matter protests against her outside the L.A. County Hall of Justice. Activists said Lacey could have done much more to persecute cops involved in officer-related shootings.

In March, BLM took their protests to Lacey’s home. Lacey’s husband pulled a gun on the protestors and told them to leave. The incident drew widespread attention, with Lacey telling CNN protestors “crossed the line.”

Gascón is a reformer and former LAPD assistant chief of police. He also once served as Mesa, Arizona’s chief of police and San Francisco district attorney.

He had significant support from Black Lives Matter and celebrities like Olivia Wilde, who tweeted, “We need a DA who’ll hold cops accountable and stand up for our communities.  Change has been a long time coming.  The time is now. #jackielaceymustgo.”

The Los Angeles chapter of Black Lives Matter tweeted in celebration Wednesday and listed the names of Black people killed by police in whose name they protested against Lacey for years. Instead of the hashtag Lacey’s opposition had been using leading up to the election, #jackielaceymustgo, the chapter wrote, #jackielacieWILLgo.

Activist Shaun King celebrated, as well, tweeting, “I said to our staff and my family and friends that for me, this was single most important election of 2020 – even more than the White House – as far as justice goes.”

One Twitter user added, “I hope @GeorgeGascon realizes that @BLMLA got him this win…and if he messes around, he’ll have to go too! This is OUR city.”