Jackie Mason, the veteran stand-up comedian known for bringing his Jewish sensibilities and Yiddish culture and delivery straight from the Borscht Belt and into his irreverent sets, has died. He was 93.

Mason, whose death was reported by The New York Times as told by his lawyer Raoul Felder, died at a hospital in Manhattan on Saturday. No cause of death was given.

Mason was a Tony and Emmy winner famous for his one-man shows on Broadway and for bringing in a whole new generation of fans with his well-recognized voice of Rabbi Hyman Krustofski, or Krusty the Clown’s dad, on “The Simpsons.” 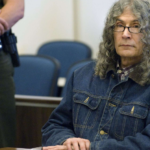 Once a rabbi from Sheboygan, Wisconsin, and born to a family of strict Orthodox Jews from a long line of rabbis, Mason got his start doing standup in the Catskills in the 1940 and ’50s but managed to keep his career thriving long after the resorts closed their doors, especially through the ’80s, when he won a Tony for his one-man show “The World According to Me.”

Mason was famed for his grounded, down-to-earth and Yiddish comedy in which he would flail his arms and gesture wildly, taking aim at everything from football to doctors to elevator music.

Though getting his start ahead of in-your-face comedians like Don Rickles, it was not until an appearance on Steve Allen’s “Tonight Show” in 1962 that he made his first TV appearance, later becoming a frequent guest of “The Ed Sullivan Show.” He famously got embroiled in the “Middle Finger Incident” on Ed Sullivan’s show, holding up one of his own fingers to Sullivan and to the audience after an address by Lyndon Johnson pre-empted the show and returned when Mason was halfway through his act. Sullivan canceled Mason’s contract after he became convinced the fingers he showed was an obscene gesture.

Some of Mason’s other film and TV roles included “The Jerk” with Steve Martin, Mel Brooks’ “The History of the World, Part 1” (he played Jew #1), filling in for Rodney Dangerfield in “Caddyshack II,” the failed sitcom “Chicken Soup” and in a small guest appearance as himself on “30 Rock.”