Rodney Alcala, the so-called “Dating Game Killer,” has died. He was 77.

Alcala was serving on California’s death row in Orange County but died of natural causes Saturday morning at a hospital in San Joaquin Valley, prison officials said in a statement.

He achieved morbid notoriety as the “Dating Game Killer” after winning the coveted date on “The Dating Game” TV show in 1978, but then getting rejected by said date for being too “creepy” and going on to kidnap and murder 12-year-old Robin Samsoe the following year. 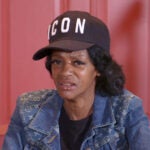 Crime scene technology improved as time passed and eventually Alcala’s DNA was introduced into the trial. His DNA matched evidence from not just the Samsoe case but others also.

By 2010, he’d been convicted of five counts of first degree murder: the killing of Samsoe as well as the 1977 deaths of 18-year-old Jill Barcomb and 27-year-old Georgia Wixted. He was also implicated in the 1978 death of 32-year-old Charlotte Lamb and the 1979 death of 21-year-old Jill Parenteau.

In 2012, he was extradited to New York and pleaded guilty in the 1971 murder of Cornelia Crilley and the 1977 murder of Ellen Jane Hover. He was sentenced 25 years to life in that state in 2013.

By 2016, Wyoming prosecutors also charged Alcala with the murder of Christine Ruth Thornton, 28, who was six months pregnant.