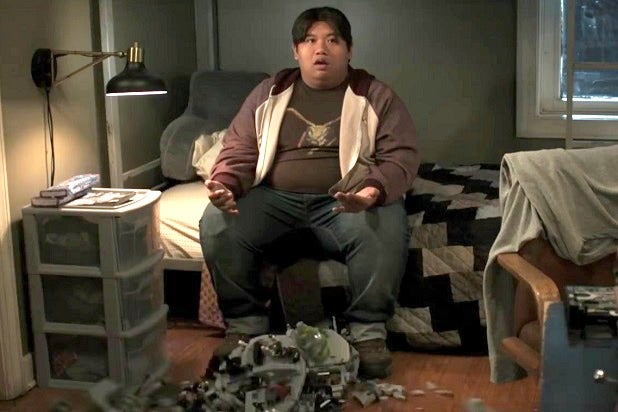 For the past nine years, Oscar winners and nominees like Benedict Cumberbatch, Bradley Cooper and, in 2019, Brie Larson have poured into the Marvel Cinematic Universe. But “Spider-Man: Homecoming” is an odd duck in the MCU canon, and not just because it’s coming from Columbia Pictures rather than Disney.

While Michael Keaton brings his chops to the film as a blue-collar villain with a “Birdman”-esque suit, it is a stable of rising young actors, led by 21-year-old Tom Holland as Spidey himself, that will be in the long haul for the sequels to come rather than the A-listers that have held up other comic book movie franchises. But while Holland plays an adorable Peter Parker, the biggest star to come out of “Homecoming” will likely be Jacob Batalon, a newcomer who steals the show as Peter’s school buddy, Ned.

“I’ve been preparing for this moment for almost a year,” Batalon told TheWrap. “Now that it has finally come, I’ve been experiencing a lot of anxiety, but I’m also really excited that everyone’s finally going to see what we’ve been working on together.”

Born and raised in Hawaii to Filipino parents, Batalon auditioned for the film in a screen test with Holland while finishing his studies at the New York Conservatory for Dramatic Arts. There were no specifics in the casting call aside from being able to pass off as a teenager. After two months of waiting, Batalon got the call that he was joining the MCU, though he wasn’t told for a while that he’d be playing Peter Parker’s Lego-building buddy who accidentally discovers his superhero secret.

Such loose casting carried over to every actor who played Peter’s classmates, allowing the movie to take various characters in the Spider-Man mythos and give them radical reinterpretations. Batalon’s Ned is a far cry from his comic book counterpart, where he is a white, fully-grown colleague at the Daily Bugle who, at one point, becomes brainwashed into becoming the Hobgoblin, something that Batalon is very aware of.

“I’d love to have the glider and all that stuff, ” Batalon quipped. “But I think fans are really going to love seeing Ned being the best friend and the man in front of the screen.”

Indeed, no incarnation of Ned has ever helped out Spidey the way Batalon’s version does. Batalon says this film’s willingness to experiment and play with Spidey’s world was established from the first moment the cast congregated  for a table read.

“Before filming, they put us all in a room and read through the script, and that’s how we found out what our characters were going to be. The director, Jon [Watts], gave us a lot of freedom to just do what we wanted with the characters and, because of that, we were able to make Ned such a fun-loving type of person.”

From there, natural chemistry between the young stars carried them through filming, particularly between Batalon and Holland, whom Batalon says he clicked with from the first day of shooting.

“There wasn’t a day where it didn’t feel like we really were in high school,” he said. “We played around so much. We would ruin so many takes trying to make each other laugh on camera. The fact Jon and his guys were even able to finish the film, I commend them for.”

This won’t be the first time Batalon plays a sidekick. He just finished filming his next movie, “The True Don Quixote,” where he plays the Sancho Panza to Tim Blake Nelson’s Don Quixote in a modern-day spin on Miguel Cervantes’ classic tale set in New Orleans. He will also return to play Ned again in the sequel to “Spider-Man: Homecoming” in two years. But, for now, Batalon is just enjoying this big moment as he makes his introduction to Marvel fans the world over.

“Between doing press and reshoots and promos and all these good things, I’ve been getting really excited again for how proud and how happy everyone will be with the film. As I’ve been traveling the world promoting this, there’s just been this anticipation, and I’m ready for what’s next.”

In many respects, “Spider-Man: Homecoming” is a teen movie disguised as a superhero movie. Almost as much emphasis is put on Peter Parker’s high school life as there is on his double life as Spidey. In fact, his classmates might seem a little familiar to hardcore Marvel fans. For those who aren’t, here’s who these teens are in the comics … and their surprising pasts. WARNING: SPOILERS AHEAD