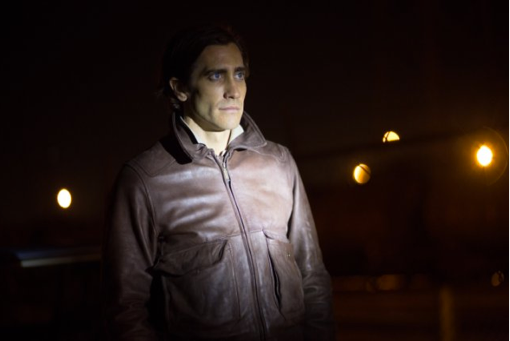 Last year he did it with the creepy cop chasing a kidnapper in “Prisoners.” This year at the Toronto International Film Festival he does it with the ambulance-chasing news videographer Lou Bloom (but we wonder: is that his real name?) in “Nightcrawler,” which debuted to a warm ovation at the Elgin Theater on Friday night.

To play the part of Bloom, Gyllenhaal lost 30 pounds and acquired the gaunt, wild-eyed look of a man perpetually on the edge of mental breakdown. He smiles far too much for anyone’s comfort. He’s a man with secrets we probably don’t want to know.

The movie is the directorial debut of the talented Dan Gilroy, whose two brothers and wife Rene Russo made the film a family affair: Dan wrote and directed, Tony produced, John edited and Russo stars as an L.A. news director seduced by the high-risk footage that Bloom gathers.

High-risk means that Bloom will not flinch at walking into a car wreck to film blood pumping out of somebody’s jugular, or stepping into a private home to video the bodies of a fresh crime scene, often before the police can get there.

Russo is amazed, then hooked by Bloom’s footage, and forces herself to ignore boundaries of taste or ethics in favor of ratings.

Bloom’s blithe manipulation of every opportunity, his obsequious parroting of dress-for-success bromides become a symbol for the amorality in our TV news culture as well as in a craven “transactional” society, as Gilroy called it after the screening.

He described Gyllenhaal’s Bloom as “a young man abandoned to the world, reduced to transactions.”

“It was daunting,” Gilroy told the audience during the Q&A, referring to multiple, high-octane car chases in the film through the streets of LA.

An audience member asked Gyllenhaal if he was “naturally that weird.”

Gyllenhaal took it in stride. “Yeah. I’m naturally that weird,” he replied deadpan. “I’ve been looking for a role for the past 18 years that would fit me, and this is it. This is closest to how I really am.”

Open Road is distributing the film in the United States.