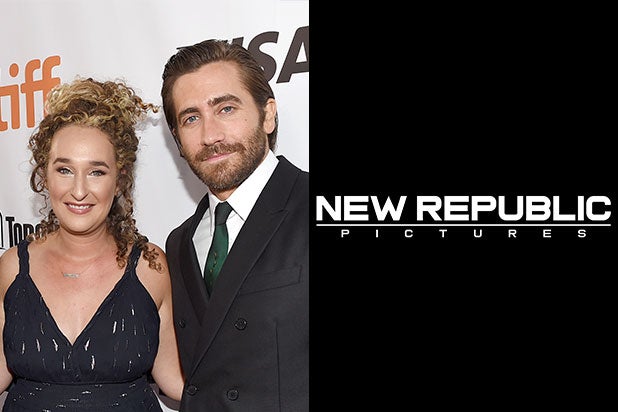 “Riva and I are thrilled to be in business with New Republic,” Gyllenhaal said in a statement. “Having worked with both Brad and Brian before, I’ve seen their deep respect for the craft of filmmaking first hand, and have long admired their keen & thoughtful business sense. They’re a rare breed of producer and we couldn’t be more excited to have them as partners as we begin this new chapter for Nine Stories together.”

“Brian and I have both gotten to know Jake over the years as a powerhouse actor as well as a passionate storyteller with a sharp eye for cinematic voices that can resonate with audiences everywhere,” said Fischer.

Oliver added: “When we spoke to him and Riva about their plans for Nine Stories, it was instantly clear that we shared more than just the same taste in material but also a belief in taking big swings with visionary talent.”

Gyllenhaal and Oliver previously worked together on “Everest,” which Fischer collaborated with the actor on “Zodiac.”

Nine Stories will next release “The Devil All the Time,” which is set for a debut on Netflix on Sept. 16. It will also premiere “Good Joe Bell,” starring Mark Wahlberg and Connie Britton, at the Toronto International Film Festival next month.

The company’s recent credits include Natalie Erika James’ “Relic,” which made its debut at Sundance, as well as “Snow Blind,” which it sold to Apple Studios. The company also recently made a deal with Netflix for the Unisoft video game adaptation of “The Division,” which will star Gyllenhaal and Jessica Chastain. Gyllenhaal and Marker are also producing a theatrical adaptation of the Tony Award-winning musical “Fun Home” at Amazon.