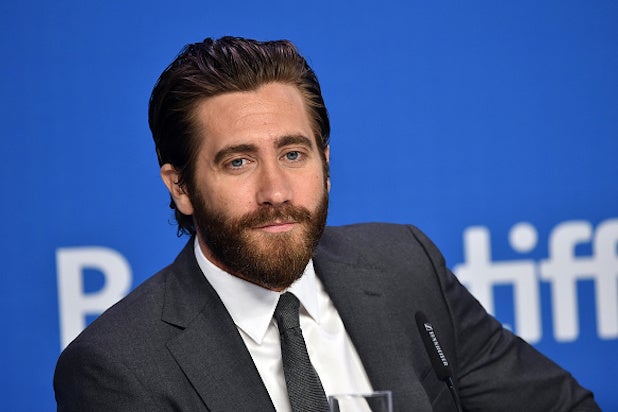 Jake Gyllenhaal has signed on to star in a remake of the Danish thriller “The Guilty,” which the actor has acquired the rights to through his Nine Stories production banner along with Bold Films.

The original version, which won the world audience award at Sundance this year and is Denmark’s entry for this year’s Best Foreign Language Oscar, follows a cop with a dark past who has been suspended and relegated to a desk job. One night, he receives a call from a terrified woman, and he must conquer his inner demons to save her.

“We saw THE GUILTY at Sundance and were blown away. Möller’s film masterfully weaves tension into an acute character study, and is exactly the kind of material that Nine Stories is excited to develop. We are honored to be able to adapt it for American audiences alongside
Bold Films,” Gyllenhaal and Marker said in a statement.

Gyllenhaal will next be seen in the Dan Gilroy film “Velvet Buzzsaw,” which will premiere at Sundance and be released on Netflix next year. He will also star as the villain Mysterio in “Spider-Man: Far From Home” next July.