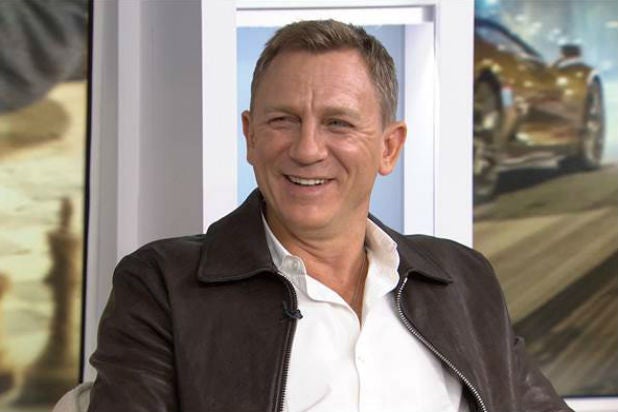 Daniel Craig has clarified comments he made in which he said he would rather “slash [his] wrists” than appear in another James Bond movie.

“If you’re 200 hundred yards from the end of a marathon and someone comes running up to you and says, ‘Are you gonna run another marathon?’ there’s two words you use,” the “Spectre” star said on “The Today Show” Thursday. “And not on a morning show!”

The Bond actor also said he has enjoyed working the franchise, but the long shooting schedule has taken its toll. “I’ve had massive amounts of fun making [‘Spectre’], probably more fun on this film than I have on all of the others put together,” he said. “And the simple answer at the moment is I don’t want to think about it. I want to think about other things. I want to go home.”

But he sounds open to reprising the role one more time.

“I’ve had a wonderful, wonderful time making these movies, and maybe I’ll make another one. I don’t know,” he said.

That’s more open than he sounded when TimeOut London asked if he’d return to the role. “I’d rather break this glass and slash my wrists,” Craig said in October.

“If I did another Bond movie, it would only be for the money,” the actor said in the same interview, which didn’t go over too well with some people who took to social media to criticize Craig for his choice of words.

Watch Craig’s interview on “Today” below.