According to the head of the Jan. 6 select committee, we are getting very close to seeing their final report after months of testimony and investigation. James Corden, unfortunately, is pretty sure no one will be interested in it, but he has a cheeky pitch to get some eyes on it: they turn it into a TikTok video.

During Wednesday night’s show, Corden joked that the report is coming “just in time for a cozy holiday read by the fireplace.” The late night host also noted that the final report is expected to be eight chapters, and guessed that each one will be called something along the lines of “it gets worse.” 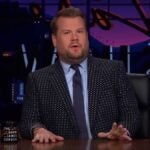 But, speaking more seriously, Corden wondered how many ordinary citizens will actually read the report when it’s released.

“I mean, when they put out these reports, is it anyone but, like, news organizations that read them?” he questioned. “I don’t know how — how do they modernize these reports to get more people excited about them being written? Because they’re very important. What can they do?”

After his head writer suggested the committee add “plot twists,” like a real story, Corden argued that there’s already plenty of those. That said, he does have his own idea on how to make it interesting to young voters.

“They should make a TikTok with the committee lip synching the entire thing,” Corden joked. “Just do that!”

You can watch the full segment from “The Late Late Show with James Corden” in the video above. 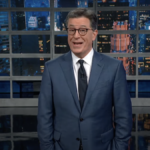