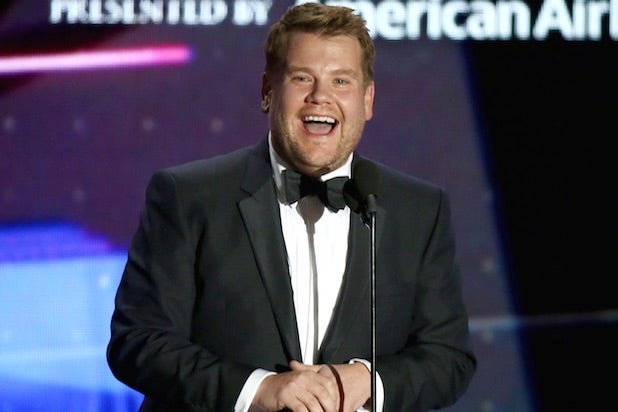 James Corden has joined the cast of “Ocean’s 8,” an individual with knowledge of the project told TheWrap.

Ross has described the film as a continuation of director Steven Soderbergh‘s “Ocean’s 11” trilogy, which starred George Clooney, Brad Pitt, Don Cheadle, Matt Damon and Julia Roberts (who is quite friendly with Blanchett, so let’s start speculating about other cameos now).

Matt Damon recently revealed he might make a cameo in the upcoming “Ocean’s 11” spinoff.

“I think I’m doing a little bit in the movie, and I haven’t read it yet but the cast is phenomenal and I’m excited to see what those women do with it,” the actor told Entertainment Tonight. “It’ll be fun.”

Corden most recently starred in the feature film “Trolls,” where he voiced the character Biggie. He also had a role in 2014’s “Into the Woods,” where he proved his talent as a singer. He is currently in production for “The Emoji Movie” and will executive produce a TV series based on his famous “Carpool Karaoke” segment on “Late Night with James Corden.”

He is represented by CAA and ID Public Relations.