James Corden is ready to say goodbye to “The Late Late Show.”

The actor and comedian will wrap up his run on the late-night CBS talker in spring 2023. The news comes right after Corden extended his agreement for one more year of the show before his exit.

The Brit is expected to address his departure in his monologue on Thursday night. 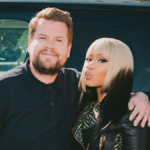 Corden first took over “The Late Late Show” in 2015. During his time on the show, he helped set a new tone in late night by introducing a segment that became a viral sensation — “Carpool Karaoke.” Other digital shorts the show has done to great success include “Crosswalk The Musical,” where bands perform in between traffic lights.

Throughout his tenure on CBS’ late-night schedule (his show airs after Colbert’s “The Late Show”), Corden has kept a busy acting schedule, performing in movie musicals like “Cats,” and animated series such as the “Trolls” franchise.