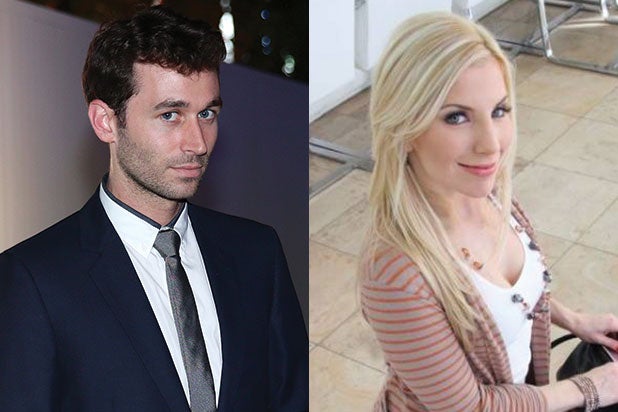 “The reason I put him on my ‘no list’ was because he almost raped me,” said Fires. “The only time I’d ever seen this guy, he walked into the green room at Kink [studios], picks up Jessie Cox like a caveman, grabs her by the hair, and takes her off somewhere… and I can only imagine.”

“Later on that night, I was getting out of the shower of the communal bathroom at Kink, I reach for my towel to dry off, and he comes up from behind me and pushes himself and his erection into my butt,” she continued. “He pushes me against the sink and starts grabbing on me and I was like, ‘No, no, no James, no,’ and he released me from his grasp, and says, ‘You know, later if you want to f–k around I’m in room whatever-it-was.’ I was like, ‘F–k you.’ I didn’t even know this guy, he was so out of line and entitled with my body.”

“‘Okay, can you just say something else? Say that I remind you of your brother,’ is what he says — his advice to me — to tell people why I won’t work with him instead of the truth,” Fires said.

Stoya, who is also an X-rated actress, dated Deen in 2013 and claims that he held her down and raped her, but did not reveal when the alleged attack happened.

“James Deen held me down and fucked me while I said no, stop, used my safe word,” she wrote. “I just can’t nod and smile when people bring him up anymore.”

Adult film actress Tori Lux recounted an alleged incident on June 2011, when she says Deen “ruthlessly attacked and degraded” her, “leaving me with mental wounds that took years to heal.”

“There have been some egregious claims made against me on social media,” he wrote on Sunday. “I want to assure my friends, fans and colleagues that these allegations are both false and defamatory. I respect women and I know and respect limits both professionally and privately.”

His publicist told TheWrap that there is no additional statement.