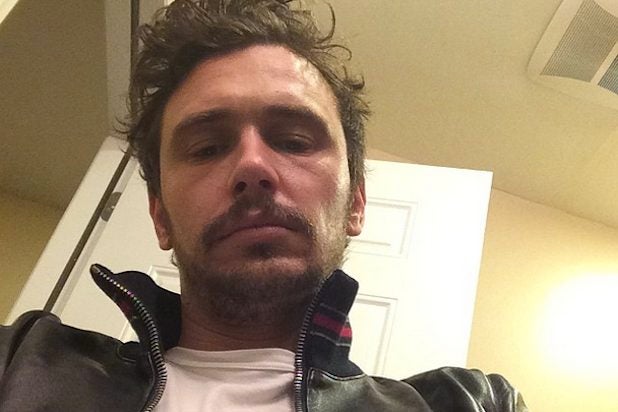 James Franco has gotten almost as much attention for his Instagram account as he has for his films, and that probably isn’t helping his addiction to it.

“I don’t know why it’s become such a big deal, but I go through these phases where, honestly, I get addicted,” Franco told the Daily Beast. “It’s a weird power.”

The 36-year-old “Palo Alto” author and star, who famously tried to pick up a 17-year-old Scottish girl through Instagram,  is a noted fan of photographing himself. Franco has even started painting pictures of hisselfies.

“It’s just that as a performer, you get used to interactions with attention and interactions with audiences, so it feels like an audience that’s both private and large at the same time — intimate and wide-reaching — which is very seductive,” Franco said. “I find that I push certain boundaries to see what kind of reaction I’ll get and then inevitably I go too far. It’s ironic to me because what takes it too far I find, in some realms, not to be racy at all.”

The photo he’s referencing is the nearly-naked selfie he took while standing in front of his bathroom mirror and cupping his genitals.

“Look at any fucking ad! Look at the fucking Sports Illustrated: Swimsuit Issue,” Franco added. “Up there on a fucking billboard! Is it because it’s in my own bathroom? Don’t worry, I’m not going to do any more of those.”

He will, however, be showing off paintings of naked Seth Rogen at the OHWOW Gallery in Los Angeles this August. Get excited.