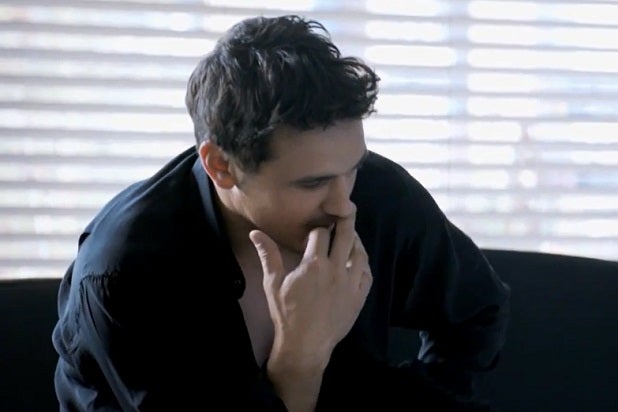 James Franco and Seth Rogen are heading to North Korea — and they’re bringing a planeload of raunch with them.

Franco and Rogen star in the upcoming comedy “The Interview,” about a pair of tabloid TV journalists who score an interview with Kim Jong Un and get enlisted by the CIA to kill the North Korean leader.

But as a newly released red band trailer for the film reveals, Rogen and Franco tackle a lot more than international policy in the movie.

The pair must also contend with photos of Matthew McConaughey purportedly enjoying sexual congress with a farm animal. And the stench that ill-considered sex leaves on one’s genitals.

Also read: Seth Rogen Tells NFL Commissioner to ‘Get Your Head Out of Your F–king Ass’ Over Ray Rice Punishment

Get ready for #McConaugheyGoatFuck to become the Twitter hashtag of the century.

“The Interview,” which also stars Lizzy Caplan and Randall Park, opens on Christmas. Which should make for some very awkward family holiday viewing.

It’s probably best to prepare by watching the trailer now: