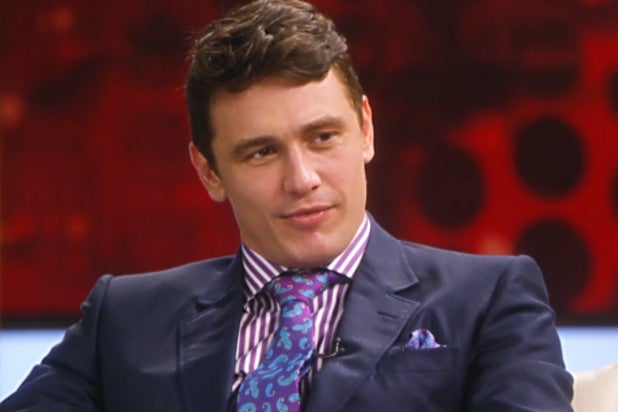 In a harmonious example of two corporations working together for the greater good, Viacom’s MTV and Sony joined forces for a big event-driven cross-promotion, featuring the VMAs and the upcoming James Franco/Seth Rogen film, “The Interview.” The landmark moment came Sunday, when the cable network aired a special featuring Franco’s moronic talk show host character, Dave Skylark, interviewing some of the biggest stars nominated at the upcoming awards show .

See video: James Franco and Seth Rogen Are Going to Take Out Kim Jong-Un in ‘The Interview’ Trailer

Skylark, like an American version of Alan Partridge, truly is an idiot, and he’s only encouraged by his producing team (Rogen, Joe Mande, Timothy Simons). Nikki Minaj, for some reason, doesn’t appreciate complimentary questions about her assets, which seems counter to her recent public posturing.

The best line of the episode came in the form of a question posed to Iggy Azalea, who, Skylark was delighted to learn, hails from Australia: “When the Tasmanian Devil goes into hurricane mode, do you have to like, name the hurricane each time he does that?”