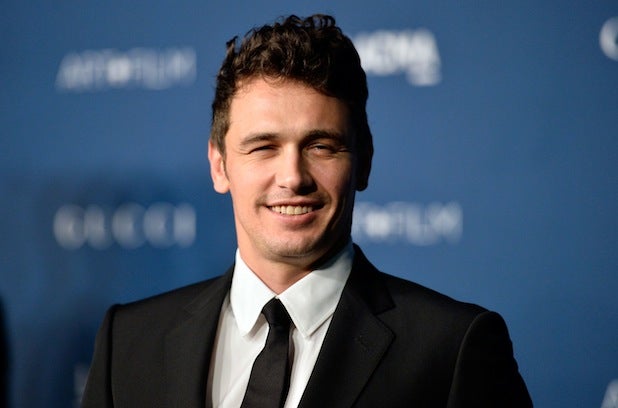 James Franco is set to star in “The Fixer,” an indie drama that Franco’s frequent collaborator Ian Olds will direct from a script he co-wrote with Paul Felten, TheWrap has learned.

The project is inspired by Olds’ work with “fixers” — individuals hired by foreign journalists to facilitate, translate and gain access for their stories. Olds directed the 2009 documentary “Fixer: The Taking of Ajmal Naqshbandi,” for which he won the Best New Documentary Filmmaker award at the 2009 Tribeca Film Festival.

Caroline von Kuhn (“Like the Water”) of ACE Productions will produce with Vince Jolivette of Franco’s Rabbit Bandini banner.

The feature film follows Osman, an Afghan journalist exiled from his war-torn country to a small bohemian community in Northern California. When he attempts to turn his menial job on the local police blotter into “Afghan-style” coverage of local crime, he gets drawn into the backwoods of this small town — a shadow Northern California where sex is casual, true friendship is hard to come by and an unfamiliar form of violence lurks all around.

Franco will play one of the leads — an unstable hot-tub craftsman named Lindsay, who is at the crux of Osman’s journey.

Producers expect to start production in July in Northern California, where 90% of the script takes place. “The Fixer” may also shoot in Morocco, which would stand in for Afghanistan.

In a bid for authenticity, the filmmakers intend to cast an Afghan or Afghan-American as Osman, and they’re open to casting non-actors as well as professionals. The project received a development grant from the San Francisco Film Society, so Olds and von Kuhn will head to the Bay Area, Fremont and other NorCal areas with large Afghan-American populations in February.

Golden Globe nominee Barkhad Abdi was discovered in a similar casting call for “Captain Phillips” in Minneapolis, which boasts a large Somali population.

Olds served as the editor of Franco’s adaptation of “As I Lay Dying” and his SNL documentary “Saturday Night.” He also edited the Franco-produced documentary “Kink” and co-directed the documentary “Francophrenia” with Franco.

Franco, who earned an Oscar nomination for his performance in “127 Hours,” is currently filming Sony’s comedy “The Interview” with Seth Rogen. The “Spring Breakers” star was recently named Best Supporting Actor by the Los Angeles Film Critics Association along with Jared Leto (“Dallas Buyers Club”).

Franco is represented by CAA, while Olds is repped by WME.