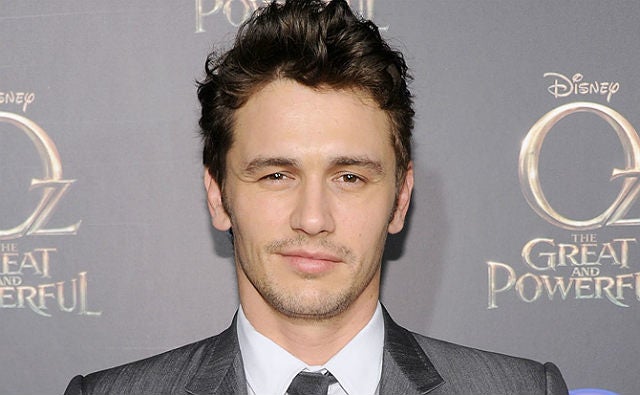 James Franco wants you to know that his Indiegogo campaign is not like the Kickstarter campaign of his "Oz the Great and Powerful" co-star Zach Braff. One big difference? While Braff used his fans for his own profit, Franco's raising money to help filmmakers and charity.

"I'm not doing this for my own project," Franco said in a recent interview with UK site Back to the Movies.

When asked how crowdfunding campaigns are changing the film industry, Franco responded: "I'm not using my celebrity to get money for a project that I'm going to direct. This is really to give a chance to talented people that deserve it but maybe wouldn't have the opportunity to otherwise." Any profits from the movie, he stressed, go to "raise money for a charity that I care about a lot."

Braff, of course, raised over $3 million on Kickstarter to film "Wish I Was Here," which he will write, direct, and star in. He was heavily criticized at the time for asking fans to donate money to a vanity project from which he may profit and his backers definitely will not.

Franco is asking for $500,000 to fund three films based on his book Palo Alto Stories, which will be directed by young and mostly untested filmmakers, rather than Franco himself. Any profits from those movies will go to charity The Art of Elysium.

"My intention is not to go on Indiegogo and ask people to donate money that will then eventually go into my pocket," Franco said.

Should the films get made (and, with 17 days to go in the campaign and just over $150,000 of his $500,000 goal raised, that is big question mark), Franco hopes to take them on the festival circuit, but that's all he seems to know for sure in regards to distributions plans.

"I have good relationships with all the best film festivals around the world and the country," he said.

When asked if it would be difficult for the filmmakers to adapt his stories, Franco said that most of his own directing projects have been adaptations of books or poems. That no longer includes Andre Dubus III's book Garden of Last Days. Franco was set to direct and star in the film, only to reportedly drop out of the project a few weeks before shooting was to begin, leaving the financiers out $500,000.

Watch the full video interview below: