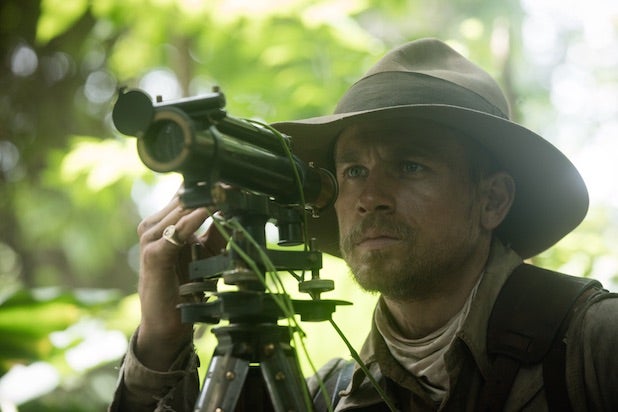 James Gray‘s “The Lost City of Z,” starring Charlie Hunnam and Sienna Miller, which is based on journalist David Grann‘s book about a British explorer in the Amazon, will serve as the closing-night film at the 54th New York Film Festival, the Film Society of Lincoln Center announced on Wednesday.

The film will have its world premiere on Saturday, Oct. 15, concluding a festival that will begin on Sept. 30 with Ava DuVernay‘s documentary “The 13th” and also include a gala screening of Mike Mills’ “20th Century Women.”

Gray’s previous films include “The Immigrant” and “Two Lovers.”

“The Lost City of Z,” which also features Robert Pattinson and Tom Holland, is based on the true story of the early 20th century explorer Lt. Col. Percy Fawcett, who spent decades searching for a lost city in the jungles of Brazil.

The film, NYFF Director Kent Jones said in a statement, “represents something new. It’s a true epic, spanning two continents and three decades, and it’s a genuine visioin of the search for sublimity.”

The film is produced by Dede Gardner, Jeremy Kleiner, Anthony Katagas and Dale Armin Johnson, and is executive produced by Brad Pitt and Marc Butan. It is looking for distribution, with an anticipated release in 2017.

The full lineup for the 2016 NYFF will be announced next week in New York City. Tickets for the festival go on sale Sept. 11.