On Wednesday, Gunn explained why he was drawn to Cena’s douchey macho-man character.

“I was not planning to do it at all,” Gunn said Wednesday during the show’s panel at the Television Critics Association press tour. “It was Peter Safran who came to me and Walter Hamada from DC, and they were like, hey, if you could do a TV show on any one of the characters from the ‘Suicide Squad,’ who would you do? And I just found something really interesting about Peacemaker, both because I loved working with John Cena, and I thought that he had a lot of acting gifts and comedy gifts that we weren’t able to fully utilize in the movie. I thought he was just a really cool, interesting character that could be pertinent to today and today’s world, in terms of his sort of backwards way of looking at things and a lot of the show is about his friendship with these other characters, especially Danielle [Brook]’s character Leota, and their friendship that emerges out of all this, even though they very much represented very different parts of America today.” 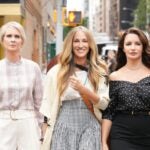 “Peacemaker” will follow Cena’s Christopher Smith aka Peacemaker, who first appeared in August’s “The Suicide Squad.” The HBO Max series will explore Peacemaker’s origins and “extend the world that Gunn is creating.” It will pick up directly after the events of the movie, which saw Peacemaker laid up in a hospital bed after he apparently died from a gunshot wound.

Gunn cited another reason for Peacemaker getting his own series: In the movie, the other main characters like Elba’s Bloodsport “are much better than they were at the beginning,” whereas Peacemaker goes through no growth as a character. 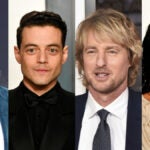 Also Read:
‘SNL’ Season 47 to Start With 4 Consecutive First-Time Hosts, Including the Return of Jason Sudeikis