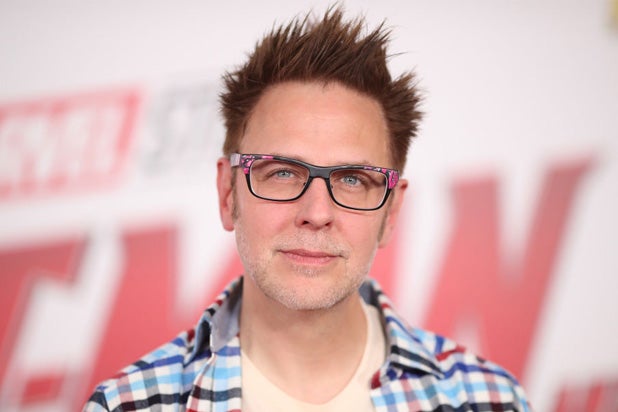 Holy Poach, Batman: James Gunn, director of Marvel’s “Guardians of the Galaxy” films, is in talks to write “Suicide Squad 2” for DC with an eye toward direct the next installment, three insiders exclusively told TheWrap.

Gunn will have a completely new take on the property, in which DC supervillains are recruited by the government to carry out secret missions too dirty for the likes of Superman and Batman.

The first “Suicide Squad,” which starred Will Smith and Margot Robbie, earned nearly $750 million worldwide on a $175 million budget before promotion and advertising. The film also launched Robbie’s Harley Quinn and Jared Leto’s take on The Joker.

Robbie will topline “Birds of Prey,” about the most dangerous women in Gotham City.

Gunn was fired from Disney’s “Guardians of the Galaxy” franchise after online critics discovered years-old tweets in which he joked about rape and pedophilia. Gunn apologized and said he had grown as a person in the years since the jokes. Despite calls from many fans to reinstate him, Disney has made clear that he will not be back to direct the third “Guardians of the Galaxy.”

Gunn is repped by UTA and Safran company.

David Ayer, who directed the first movie, was never expected to return to the franchise following a harrowing battle with the studio during the edit process.

TheWrap wrote previously about the fallout between Ayer and top WB executives, who effectively locked the director out of his own editing room to deliver a lighter version of a superhero movie, while Ayer was more focused on the darkness of the bad guys.

Gavin O’Connor wrote the previous draft of the script.