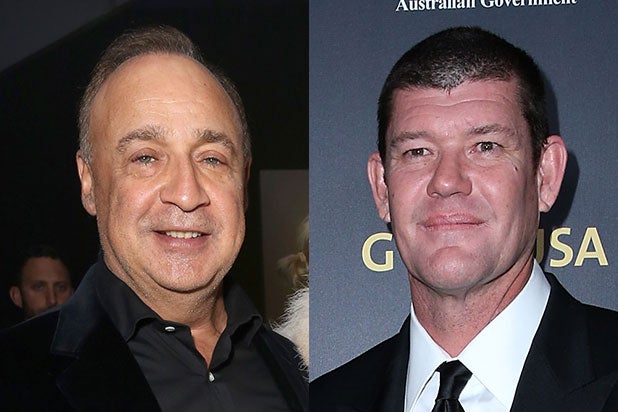 Brett Ratner will keep his stake in the company and will continue as CEO while also becoming co-chairman alongside Danny Cohen, president of Access Entertainment and former director of BBC Television, according to a press release on KTVN.

The investment gives Access ownership of RatPac’s film, television and documentary business, along with a major piece of the RatPac-Dune venture that co-finances films for Warner Bros. Pictures. Steven Mnuchin, U.S. Treasury Secretary, formed RatPac-Dune in 2013 with Packer and Ratner. The former Goldman Sachs partner began investing in films around the beginning of this decade through an arrangement his Dune Capital had with 20th Century Fox, which was terminated in 2015 according to a financial disclosure form released by the U.S. ethics office.

However, in a letter sent Jan. 10 to an assistant general counsel in charge of ethics at the Treasury Department, Mnuchin wrote that he will divest himself of any interest in RatPac-Dune Entertainment within 120 days of his confirmation.

In 2013, the company partnered with Dune Entertainment on a multi-year motion picture co-financing agreement with Warner Bros. for up to 75 pictures, which included films like “The Conjuring 2,” “Gravity,” “The LEGO Movie,” “American Sniper,” “Batman v Superman: Dawn of Justice,” “Suicide Squad” and “King: Skull Island,” as well as the upcoming “Wonder Woman,” “Justice League” and Stephen King’s “It.”

RatPac has previously also partnered with New Regency on films including “Birdman” and “The Revenant.”

Access Entertainment launched lat May and has since developed strategic partnerships with television, film, theater and music businesses, with investments including a premium scripted television financing venture with BBC Worldwide/Lookout Point as well as a film slate deal with House Productions.

“Warner Bros. is one of the great Hollywood Studios,” said Blavatnik in a statement. “I have great respect for their leadership and am delighted to be partnering with Kevin Tsujihara and the Studio alongside the unique talent of Brett Ratner. Together we will build on RatPac’s strategic partnership with Warner Bros.”

Ratner added, “I am thrilled to be in partnership with Len and Danny. Len and I have shared the same vision and passion for movies, television and music over the years. Because of his experience and enthusiasm, RatPac Entertainment will be an even more formidable provider of quality entertainment worldwide.”