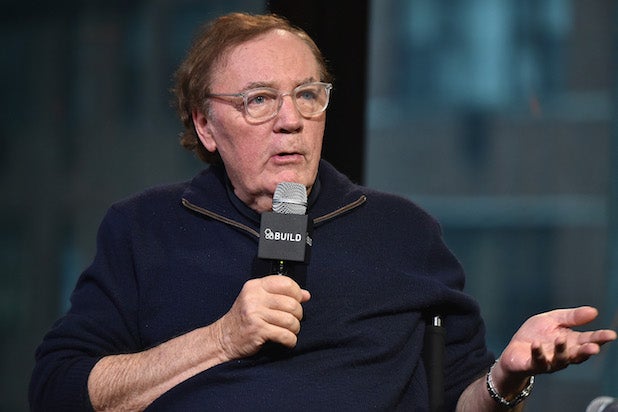 Investigation Discovery and James Patterson have partnered once again for a new series of books written by Patterson and inspired by the network’s library of true crime programming.

The first of the three books, “Murder Thy Neighbor,” is set to be published on Tuesday, Sept. 15. According to ID, the book “profiles two twisted tales inspired by true-crime horrors: the first following a neighbors’ quarrel that turns violent and the second, cyber-bullying that explodes in a double murder.”

Here is the full plot description for the two stories featured in the book:

“Murder Thy Neighbor” follows Ann Hoover, a nice woman who has come to hate her neighbor. Roy Kirk moved in next door with plans to renovate, but as the weeks go by, his DIY construction turns to shambles. When Ann takes him to court, Kirk’s retaliation will be shocking. Written in conjunction with Andrew Bourelle.

“Murder IRL,” Jenelle Potter has always been better at connecting with people through social media. With overprotective parents, she hasn’t had very many options to meet people, until she links up with Billy. But her feelings for Billy are unreciprocated, causing Jenelle to start a virtual war that tragically enters the real one. Written in conjunction with Max DiLallo.

ID will promote the book’s release by airing a four-hour stack of programming featuring episodes that inspired the book on Saturday, Sept. 12. See the full program descriptions below.

“Our viewers love to watch the whole truth unfold, and with the greatest crime storyteller of all time at the helm, we know James Patterson’s readers won’t be able to put the book down until each ID-inspired mystery is solved,” said Henry Schleiff, Group President, Investigation Discovery, Travel Channel, American Heroes Channel and Destination America. “Expanding ID’s partnership with Patterson further unites two of America’s greatest crime powerhouses, offering the best of both worlds to fans of mystery and suspense through pages and programming.”

Also Read: 'In Pursuit With John Walsh' Leads to Capture of Real-Life Fugitive Thanks to Viewer Tip

In a small Tennessee town, Jenelle Potter has few friends. When her attraction to one of them isn’t mutual, she is ostracized and feels threatened. Then a shadowy figure guides her family into a dark plot with a twisted ending no one saw coming.

Zach Sanders is being pulled in two directions between the woman he loves and his mistress who refuses to let him go. Jealousy, obsession and news of a surprise engagement leads to a deadly case of road rage.

An industrious woman and an ambitious man become neighbors when they buy adjoining houses. Both intend to restore the derelict homes to former glory, but when one of the renovations falls badly behind, it leads to conflict and a shocking murder.

A childish joke between neighboring kids turns into an all-out war when the adults get involved. For some, the laughter will end forever.

Subsequent book releases will include “Murder of Innocence” releasing on November 17, 2020, and “Till Murder Do Us Part” releasing on January 19, 2021. All titles are available wherever books are sold.