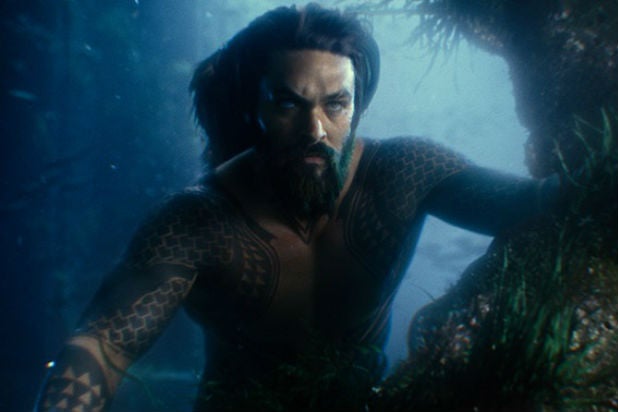 After the release of “Justice League,” it’s been relatively quiet around the DC Cinematic Universe. But Warner Bros. put the next film in the series, “Aquaman,” front and center at CinemaCon on Tuesday, as director James Wan, Jason Momoa and the rest of the cast showed up in Las Vegas to introduce the first trailer of the film, which Wan insisted isn’t ready for public consumption yet.

“I didn’t want to bring anything to this, but they made me!” said Wan, who has previously tweeted that he has held back on releasing any trailers because the CGI isn’t ready. The new footage shows rough computer animation of the underwater fight scenes that will be seen in the movie, as well as the gorgeous kingdom that Aquaman’s kin call home.

The new trailer shows Aquaman (Momoa) returning to Atlantis to challenge his brother for the underwater kingdom’s throne. Known as Arthur Curry in the surface world, Aquaman has spent a long time away from home. Now, he is being asked by Lady Mera (Amber Heard) to rise up and bring his trident to the battlefield as a war threatens to consume both Atlantis and the human world above.

But Arthur isn’t so sure he can do it, believing he’s only good for one thing: “I’m a blunt instrument,” he tells Mera in the trailer. “And I’m pretty bloody good at it.”

See Aquaman get back to his Atlantean roots when the film hits theaters December 21. The trailer is widely expected to be completed by July in time for WB’s San Diego Comic-Con presentation.