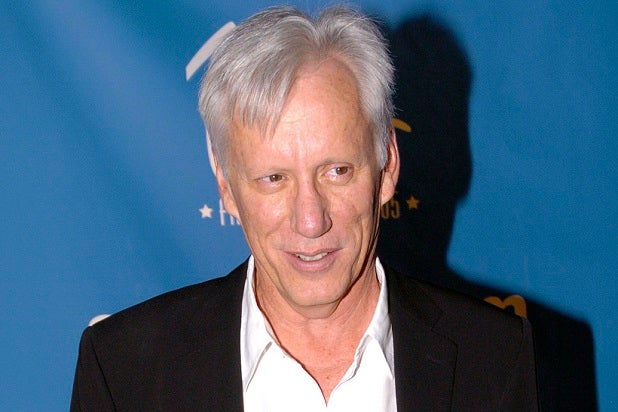 Looks like James Woods will have his day in court after all.

In a tentative ruling Wednesday, a judge denied a motion to strike a lawsuit filed by the “Once Upon a Time in America” actor against a Twitter user who called him a cocaine addict.

“The cruelty of having one’s reputation sullied by an anonymous coward is agonizing. My faith in the integrity of the court and the brilliance of my attorneys is vindicated by this victory,” Woods said in a statement to TheWrap. “I am deeply grateful to Judge Recana for his studious deliberation and wisdom in this case of wanton defamation. Twitter users beware: you are not above the law.”

Attorney Lisa Bloom, who represents the man whom she refers to as John Doe, told TheWrap in a statement later Wednesday afternoon: “On Twitter, Mr. Woods enjoys calling strangers ‘clown,’ ‘rat,’ ‘scum’ and other epithets. Mr. Woods insults gay Americans and immigrants. He brags that he could murder a man whose shirt offends him. He claims a prominent publisher ‘whacks off’ to a picture of a terrorist. When Twitter users challenge him, he tells them to ‘put down your crack pipe.’ He’s mockingly accused at least three other Twitter users of using crack cocaine.

“Mr. Woods dishes it out, but he can’t take it. When not-famous, not-wealthy John Doe responded to a James Woods slur on Caitlyn Jenner and Planned Parenthood in kind, calling him a cocaine addict, Mr. Woods sued. Mr. Doe’s suggestion that Mr. Woods was on drugs was not meant to be taken literally, just as Mr. Woods’ ‘put down your crack pipe’ and other mocking language was not serious. This is his simple defense.”

Bloom went on to say that while “today the Court rejected our request to dismiss the case … We look forward to presenting the issues to the Court of Appeal. Mr. Doe is resolved to fight this case for as many months or years as it takes.”

Woods filed his $10 million lawsuit in July 2015, claiming that the Twitter user who goes by the handle Abe List falsely called the actor a “cocaine addict” in a July tweet, thus jeopardizing Woods’ “good name and reputation on an international scale.”

A subsequent filing for the defendant claimed that Woods, an outspoken voice on Twitter, has routinely derided other people via the social media platform.

“Like a bully who can dish it our but can’t take it, Mr. Woods uses his wealth and fame to abuse the court system in order to punish and bully an obscure and much less powerful Twitter user who taunted him,” the filing for the defendant read.

The defendant had sought to have Woods’ lawsuit on First-Amendment grounds.

“Regrettably Mr. Woods’ commitment to the First Amendment stops at his own keyboard,” the filing continued. “When [the defendant] responded to one of Mr. Woods’ provocative tweets with an insult, rather than respond with more words Mr. Woods brought this thoroughly frivolous and censorious lawsuit.”

Earlier in the case, Woods unsuccessfully attempted to learn the identity of the defendant, who remains anonymous in the proceeding.

Woods’ suit, filed in Los Angeles Superior Court, says a Twitter user who goes under the handle Abe List has engaged in a campaign of “childish name-calling” against Woods since at least December 2014, calling him “prick,” “clown-boy,” “joke,” “ridiculous” and “scum.”

But according to Woods’ complaint it was a July 15 tweet reading “cocaine addict James Woods still sniffing and spouting” that put things over the line into suing territory.

“Woods is not now, nor has he ever been, a cocaine addict, and [Abe List] has no reason to believe otherwise,” the suit reads.