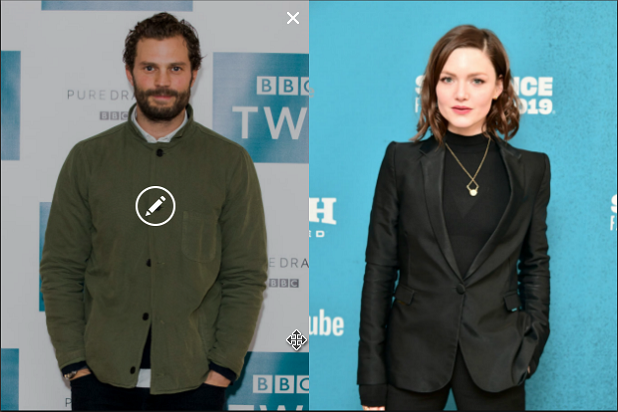 Jamie Dornan (“Fifty Shades of Grey”) and Holliday Grainger (“Animals”) have been tapped to star in John Patrick Shanley’s romance “Wild Mountain Thyme,” an adaptation of his Tony-nominated 2014 play “Outside Mulingar” that Shanley will also direct.

HanWay Films has acquired the international sales rights and will commence sales at Cannes, with CAA Media Finance handling the North American rights.

“Wild Mountain Thyme,” Shanley’s love letter to his ancestral homeland, is set against the breath-taking landscapes of rural Ireland, where everyone is half mad with loneliness or love, and the weather is terrible. Dornan and Grainger will play obstinate star-crossed lovers, whose families are caught up in a feud over a hotly contested patch of land that separates their two farms.

Acclaimed playwright, screenwriter and director Shanley is the author of more than 23 plays, including his 2005 Tony and Pulitzer-winning drama “Doubt,” which Shanley turned into the five-time Oscar-nominated feature film starring Meryl Streep, Amy Adams, Philip Seymour Hoffman and Viola Davis.

He also won the Oscar in 1988 for the hit rom-com “Moonstruck.” In addition to his work as a writer, Shanley has also directed both stage productions as well as films, including 1990’s “Joe Versus the Volcano” and 2008’s “Doubt.”

The project was developed by Mar-Key Pictures, Likely Story and Port Pictures and is produced by Leslie Urdang, BAFTA Award nominee Anthony Bregman with Alex Witchel, and Martina Niland of Port Pictures. Andrew Kramer will executive produce. It will go into production this summer in Ireland and New York and will feature the famous song “Wild Mountain Thyme” written by Francis McPeake and Robert Tannahill, covered by many iconic artists including George Harrison, Van Morrison, Rod Stewart and more recently Ed Sheeran.