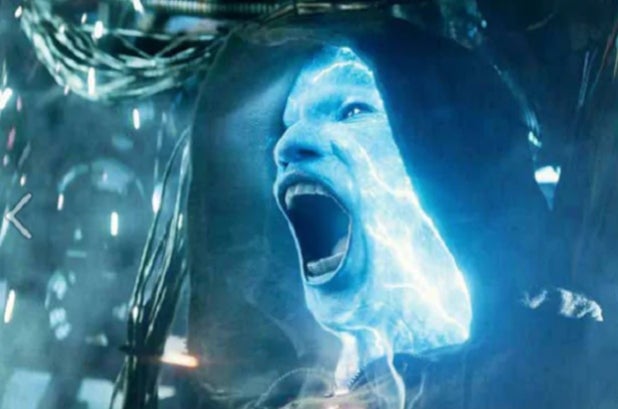 Jamie Foxx is in talks to reprise his Spider-Man villain Electro in the next “Spider-Man” installment starring Tom Holland, according to The Hollywood Reporter.

Foxx played the character in the 2014 “The Amazing Spider-Man 2,” which starred Andrew Garfield as the web-slinger before the character was brought into the Marvel Cinematic Universe.

Sony has dated the third film for Nov. 5, 2021. Jon Watts, who directed “Homecoming” and last year’s “Far From Home,” will also direct the newest film.

The most recent Spider-Man film, “Far From Home” from 2019, brought back another popular character from a previous iteration of the franchise, having J.K. Simmons reprise his role as J. Jonah Jameson from the original trilogy of films with Tobey Maguire.

“The Amazing Spider-Man 2,” directed by Marc Webb, was a let down with critics (it has a 53 score on Metacritic), but it still made $708.9 million at the worldwide box office.

Foxx most recently was seen in Netflix’s “Project Power” and lent his voice to the upcoming Disney/Pixar movie “Soul.”