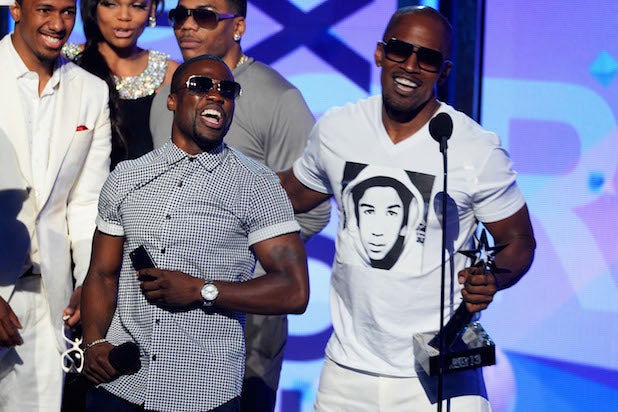 In what may prove to be a formidable pairing, Jamie Foxx and Kevin Hart are in talks to star in “The Black Phantom,” which Tim Story is in talks to direct for Screen Gems, an individual familiar with the project has told TheWrap.

Hart’s frequent collaborator Will Packer is producing the movie with Will Gluck. The script is credited to Dave Lease and Megan Hinds.

Screen Gems president Clint Culpepper will oversee the project for the studio, which along with parent company Sony, is heavily invested in Hart and Foxx.